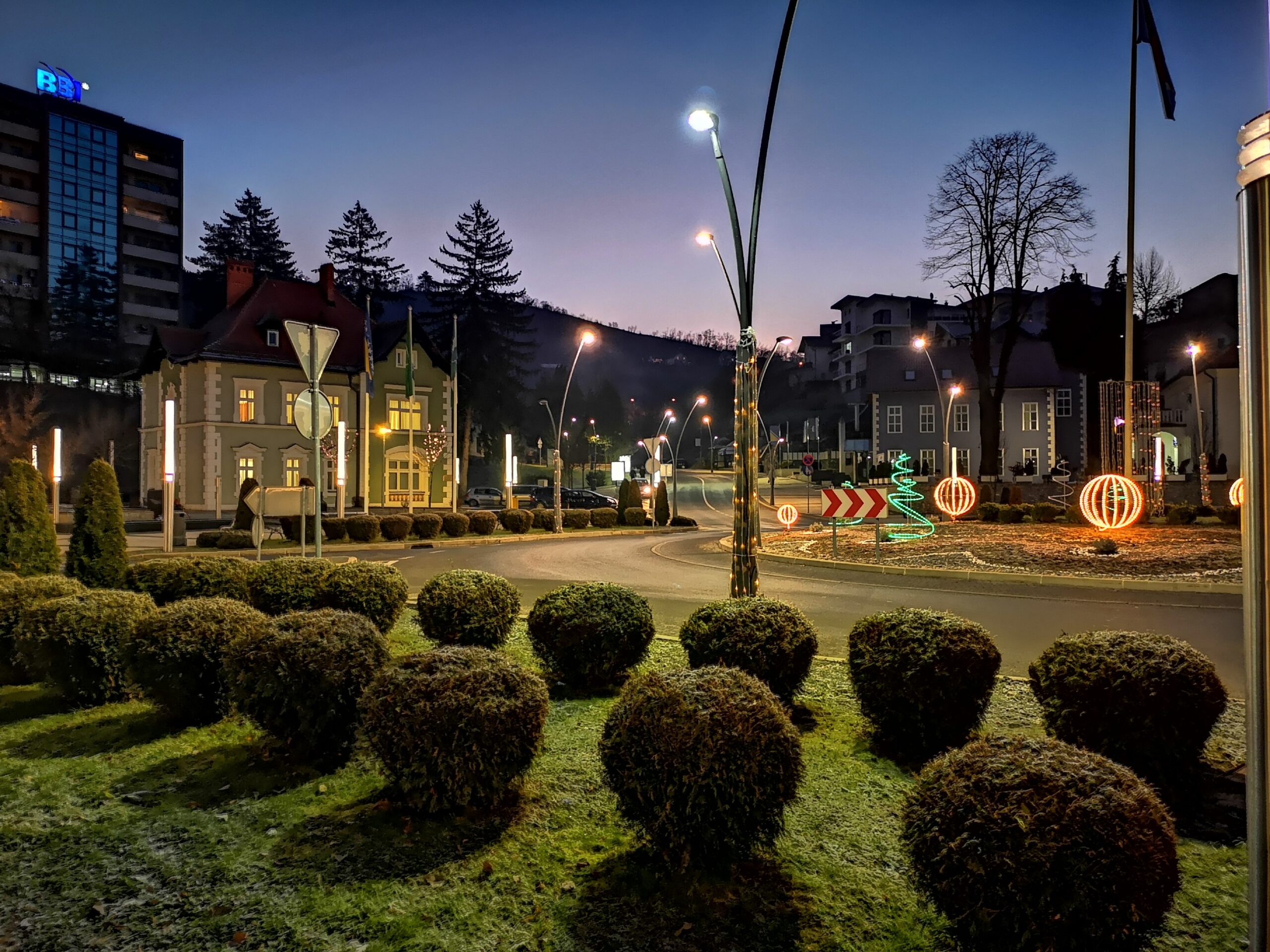 The city of Cazin has been situated at the crossroads that lead from Bihać towards Velika Kladuša, in the heart of the proud Krajina, since ancient times.

Anyone who finds themselves in this exceptionally pretty city in northwestern Bosnia and Herzegovina for the first time will be thrilled by the picturesque landscapes, tastefully designed urban public spaces, the cleanliness of the city streets and certainly by the cordial and hospitable people.

History of the city

Its existence throughout history can be seen through the remains of prehistoric and medieval heritage. The remains of the old fortress of Ostrožac, Pećigrad, Radetina Kula, Stijena and Tržac dominate the city and its surroundings, and they are part of an interesting tourist offer, but the prettiest and most impressive is the Ostrožac Castle/Fortress, built in the neo-Gothic style; it is one of the main tourist attractions of the Una-Sana Canton.

Its dimensions make it one of the larger fortified towns in B&H, characterized by different phases of development, starting from a medieval fortified town, to a much larger town in the Ottoman period, to a town of a purely residential character, as it was during Austro-Hungarian rule. In 2013, it was declared a National Monument of Bosnia and Herzegovina, giving it more significance in the development of tourism in this city.

As the last captain, Mehmed Bey Beširević sold the city of Ostrožac to the mayor of Bihać at the time, count Lothar van Berks, who then began the restoration of the city, where during 1900 and 1902, he built a luxurious castle in the neo-Gothic style with a large number of rooms, a reception lounge and an apartment, which still gets a lot of attention today because of its beauty.

This is also the only castle in Bosnia and Herzegovina.

You must visit Ostrožac when you visit Cazin – some people even come just to see Ostrožac. In order to improve the tourist offer, the residents of Old Town Cazin have ensured that there are public toilets and water available, and they have maintained the walkways. Visitors can use the free wi-fi and treat themselves to an original gift from the souvenir shop.

For those who dream of a fairy tale wedding in a medieval castle,  Ostrožac hosts weddings each Saturday, or even just a photo shoot, with a prior booking at the Cultural Center of Cazin.

The castle is also a house of art in itself. In May each year, it is host to a recognizable event in the world of sculptures, which has entered its sixth decade of existence – the Colony of Sculptors “Ostrožac“, and during the year, it is home to a valuable collection of sculptures.

The Old Town area is ideal for hosting various events – such as concerts, fairs and festivals. The most popular singer in the region, Dino Merlin, has performed here several times, giving visitors a magical night at the fortress, and last year’s show of B&H fashion designer Adnan Hajrulahović Haad made the castle even more special, due to the luxurious lighting and ceremony.

Each May, the Ethno Festival of Traditional Music is also held at Ostrožac, and in August, a part of the program of the Krajina Film Festival is held there.

In the very center of Cazin, there is the house of Nurija Pozderac, a national hero from World War II. As one of the oldest autochthonous Bosnian houses in this region, it was declared a National Monument of Bosnia and Herzegovina.

Near the Pozderac family house, there is a beautiful madrasa, which bears the name of the most well-known religious teacher in this region and the former mufti Džemaludin Čaušević. The building of the old madrasa, situated in the old čaršija, was built in 1867, initially out of wood, but several years later, it was burned down with the arrival of the Austro-Hungarians, and then restored and rebuilt out of stone in 1890. The new building of the Madrasa was constructed in the 90s, considering that sometime earlier this secondary schooling institution in Cazin resumed its work.

Fans of auto racing do not miss an important date each summer – the date when the international mountain auto race Cazin Great Prix is held, a well-known sporting event in B&H and Europe. Many do not wish to miss a ride on the attractive „Krajina snake“.

The race has been held traditionally since 1999, and represents a significant segment in the tourist offer of the city, and it is also important for the B&H championship.

Each year, due to the natural beauty and great investment in sports and recreational capacities, a large number of guests and tourists visit and enjoy the rich offer of adventure sports: the unmissable rafting, paragliding, cycling in specific natural surroundings, outdoor tourism…

There are many reasons to visit Cazin. It used to be among the least developed municipalities in former Yugoslavia, and today you can see a real economic miracle, particularly in the business zone of Ratkovac. It is a project of the future, located on 50 hectares within the city, with good transport connections, and it is situated near excellent starting points for activities leading to the market of central Europe, which guarantees that Ratkovac will become the most cost-effective business zone in the region.

Cazin is the greatest producer of milk and dairy products, as well as honey – made from chestnuts, which the Cazin forests are full of. Chestnut honey is the first branded product from Bosnia and Herzegovina with an international label that guarantees its authenticity, that has conquered the world.

There are a lot of reasons to visit Cazin. In this city, you will truly grow to love Bosnia and Herzegovina even more, as it looks and breathes exactly like our entire homeland should. 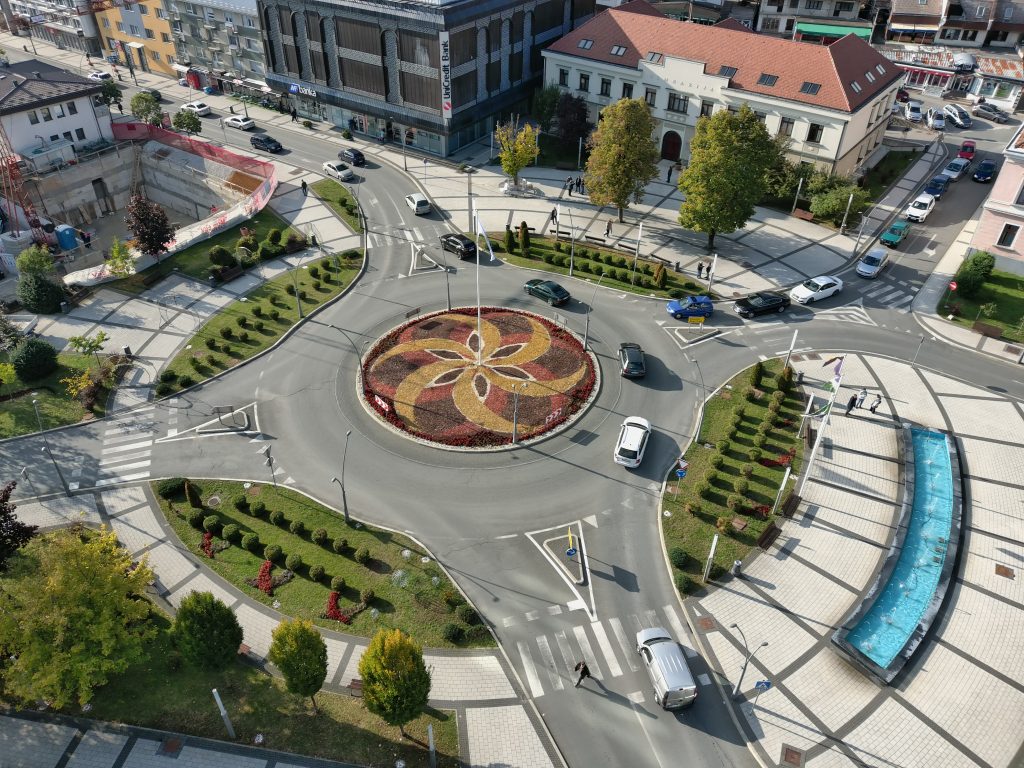