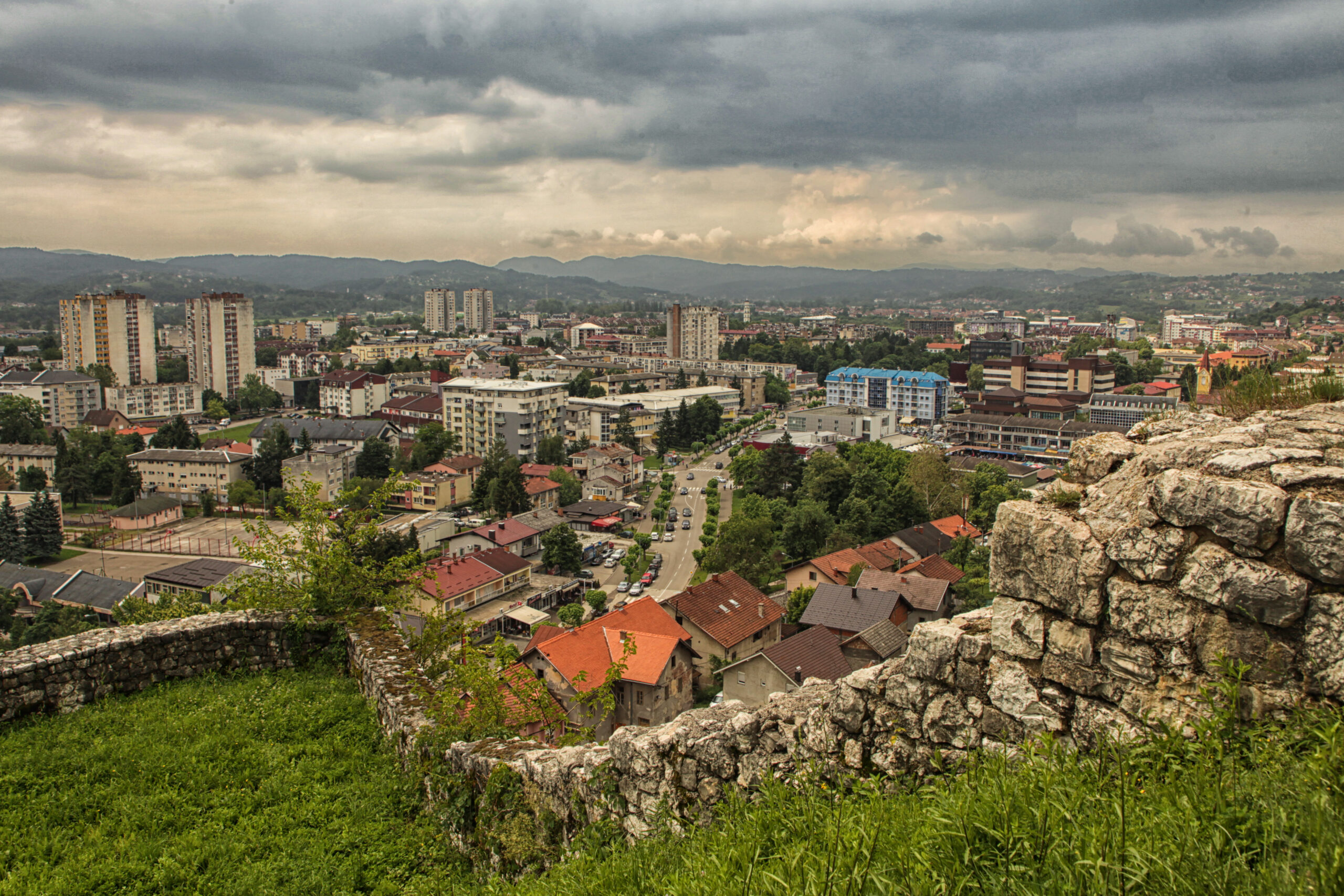 People used to say that, wherever you went in Bosnia, you had to go through Doboj, because this city has been the largest road junction since the time of the former Yugoslavia. And there is hardly anyone who has not seen Doboj Fortress travelling across the landscape and has not wished to climb the hill up to the fortress. If they happened to briefly visit it, they would see that the city which dates back more than 6,000 years and which is surrounded by three rivers: Bosnia, Spreča and Usora, has got a lot to offer.

Finest View of any House in the City from Gradina

“In Usora, at the foot of Doboj Fortress,” among the foothills of Borije and Ozren, on a wide flatland, a town came into being. The earliest known reference to Doboj dates from 1415, from 28 June, which is celebrated as the City Day of Doboj. Ancient Illyrians inhabited the area since ancient times and this is reflected in the remains of a large number of ramparts and fortresses they built around it. And yet, the best stories of old times past are told by the medieval fortress situated above the city of Doboj—its pride and joy—which the locals refer to as Gradina. Back in the day, builders erected ramparts reaching one meter and watchtowers, and it is a great place to visit, feel the spirit of the old times and try to picture the battles that were fought here. The locals say that the fortress offers the finest panoramic views of the city allowing you to count each house in the valley.

Even though trains still keep passing through Doboj, it used to be an important railway junction in the former Yugoslavia. A memory of the time when legendary Ćiro train locomotive stomped through the city is preserved today—a gorgeous and gleaming locomotive, lying in city centre, seems like it has just rolled off the production line because it is protected against corrosion and wear damage. Behind the locomotive is an administrative building which is now the seat of RS Railways. The people of Doboj will be happy to tell you an amusing story that is narrated from the time the trains first started to puff through the city billowing out clouds of smoke as they sped across Doboj: trains are called “šejtan arabe” or “devil’s carriages”.

Since you are already in the city centre, be sure to see how the čaršija in Doboj lives. Within a few hundred metres, there is a Catholic and an Orthodox church, the Selimiye Mosque, the Jewish synagogue and finally Doboj Regional Museum dating back to 1956, the area’s tradition keeper, displaying medieval tombstones in the courtyard. You can also stroll through the city park to Doboj’s largest hotel, and freshen up in Čarda and Harizma, renowned city restaurants. We recommend popping into Medenjak Cake Shop for a piece of cake named after legendary Doboj-born folk singer Silvana Armenulić.

When volunteers were afforesting the foothills of Ozren Mountain in the vicinity of Doboj more than 50 years ago, they also initiated the creation of an artificial lake on the small Jošava River which bears the name after their popular movement—Goransko Lake. It is now a relaxation and recreation area; in high season, the people of Doboj escape the scortching summer heat at the lake, and volunteers from across the region organise get-togethers here every year.

A walking trail leads up to the Preslica Sports and Recreation Centre featuring a mini zoo. You can enjoy walking through a thick pine forest planted by volunteers too. You can camp out and grill food by the lake, and there is also a restaurant and a playground for children. Apart from visiting Goransko Lake, the people of Doboj love to frequent Rudanka Lake only a few minutes away from the city.

In Doboj’s Šešlije neighbourhood, by the clear waters of Veličanka River, Kotromanić Ethno-village, a rather popular site among tourists, is situated. You will feel as if you travelled to the Middle Ages using a time machine: 12 little houses, designed in a medieval architectural style but furnished in the contemporary style, all set in a natural landscape, will appear before you. The village also features sports grounds, a souvenir shop, a large restaurant where you can taste the local culinary specialties. Apart from this attractive village, the “Fishing Story” complex also offers visitors a natural setting with a warm ambience and tasty food.

Visitors in pursuit of an adrenaline rush love to frequent Doboj, and the people of Doboj always find something fun for them to do. The local paragliding club offers paragliding flights, but visitors can also go exploring the nearby caves, paintballing, hiking in Borije or Ozren, and cycling.

Take a Ferry Boat to Cross the Bosnia River