There are 48 springs, and 16 of them have been scientifically confirmed to have healing properties

Apart from being known for its natural beauties, Bosnia and Herzegovina is a country that boasts numerous springs of mineral and thermal water, which have been used for centuries for healing. The most famous, and also the most therapeutic spring, is Guber Water, which is located in Srebrenica – one of the oldest towns in the region which, regardless of its adversities in the past, represents an oasis of beauty and health.

The first mention of Srebrenica’s healing waters dates back to the second half of the 17th century, when Turkish travel writer Evliya Celebi wrote that in that region there is a silver mine with a small, magical spring of water, and later on the people named it Srebrena voda (Silver Water). The first doctor who drew attention to its healing properties was Dr. Hans Duller at the beginning of the 19th century and from then on, the re-telling of the story of the magical properties of Srebrenica’s water has not ceased. 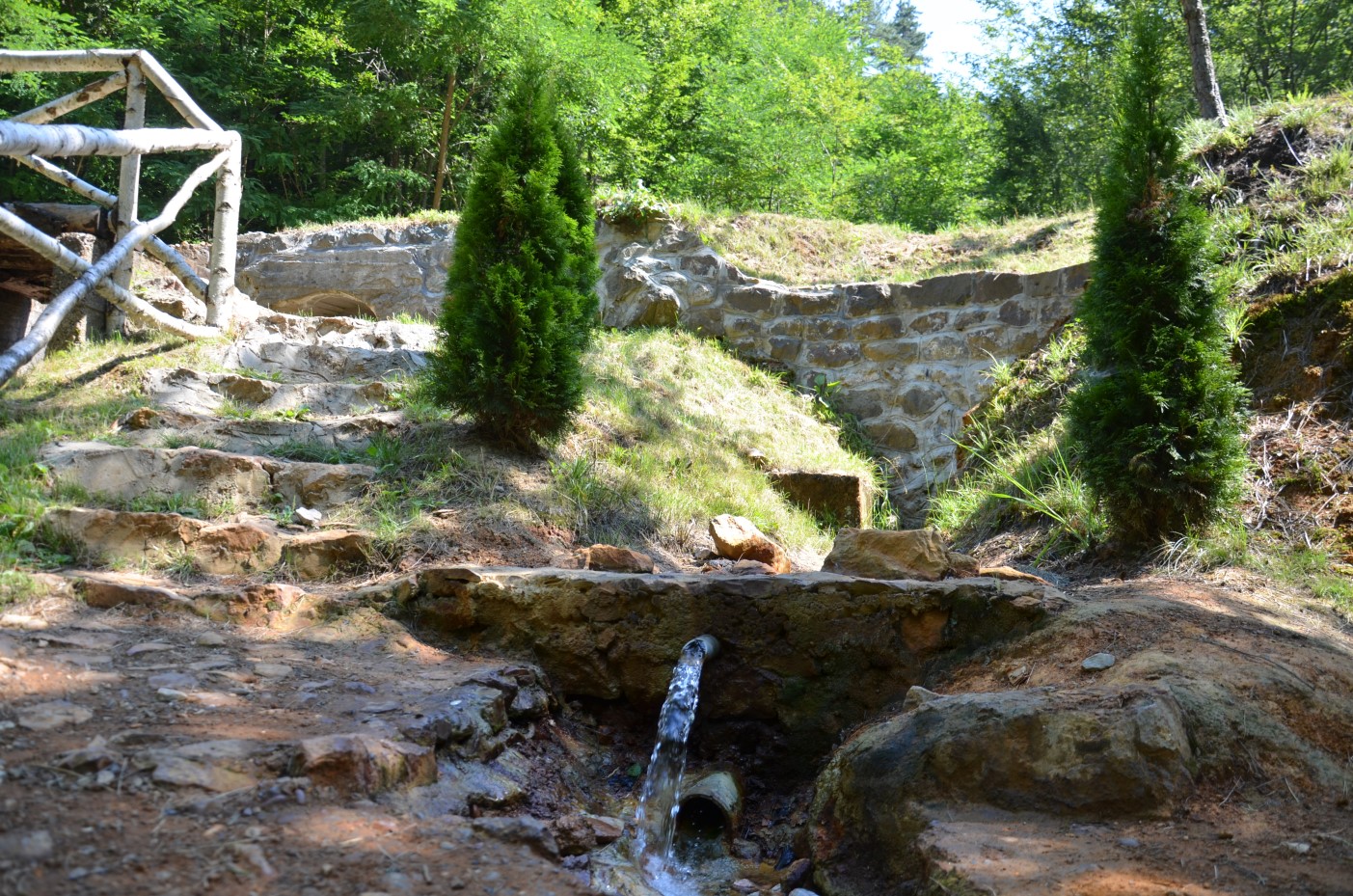 Guber Water got its name after it was confirmed that Srebrenica’s springs are particularly successful when it comes to healing various types of skin diseases, especially leprosy; there was an epidemic of it in almost the entire region where the Austro-Hungarian monarchy ruled. Those with the disease started getting better after only a couple of treatments, and the lumps, swelling and other skin changes would disappear. Since the time of the first successfully treated patients, numerous analyses have been conducted, and they are still being done today.

In Srebrenica, there are 48 springs, and 16 of them have been scientifically tested with strong evidence of their healing properties. Some of them got named by the people, such as Izvor Ljepotica (Spring of Beauties), Voda za liječenje kožnih bolesti (Water for treating skin diseases), Mali guber (Small Guber), Očna voda (Eye Water), and Crni (Veliki) guber (Black (Large) Guber), which also became well-known in the world market.

Up until now, numerous analyses have been conducted at this spring, and the first one was conducted in 1894 and that is when Crni guber (Black Guber) was declared as one of the best iron-containing and arsenic natural springs in Europe. At that time, this water was considered to be more effective from even the very famous Levico water. During 1898, 200 000 bottles of Guber Water were exported, and a few years later, the firm Matoni from Vienna exported a record 236 544 bottles, and it was sold in Great Britain, Germany, Denmark, Holland, Sweden, Africa and America. 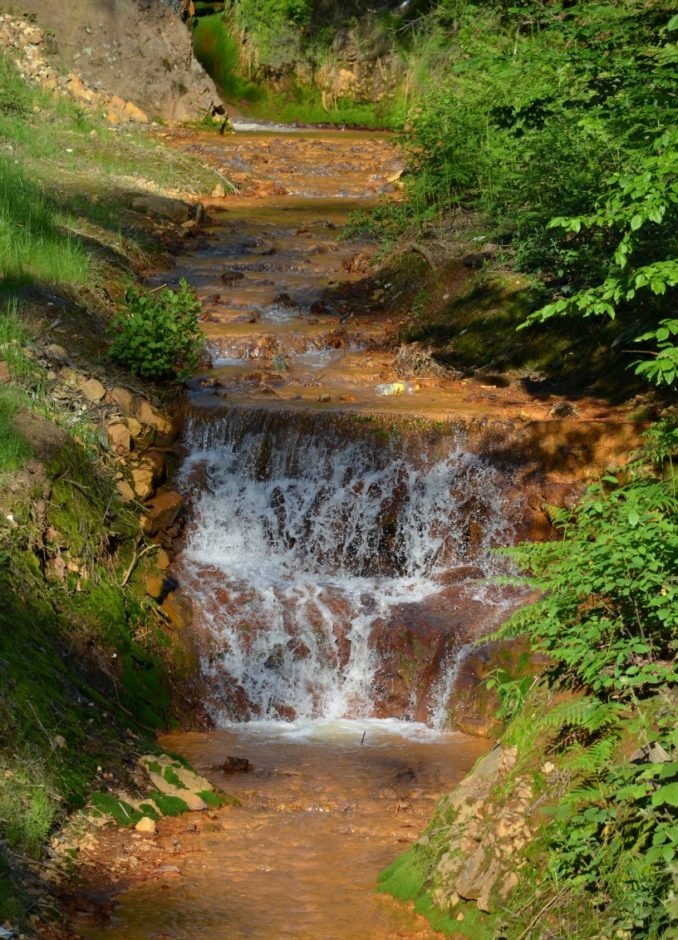 In 1961, spa tourism took off in Srebrenica. This is when a department was opened with 50 beds in the spa, and it was all under the supervision of the Sarajevan clinic. The biggest boom for the spa was in 1967, when there was an increase in accommodation capacity, the number of employees, and the long-term spatial development of Banja Guber (Guber Spa), with a new department and numerous offerings. The number of guests has multiplied in ten years, and this has been useful for the entire local community and the population. At that time, Srebrenica was the health center of the region.

TREATMENT AT THE MEDICAL CENTER

Since the war and up until today, the healing spa in Srebrenica no longer exists, but within the Medical Center of Srebrenica there is a project for free treatment with Guber Water. The medical team, which consists of Dr. Almir Pašagić, Dr. Radomir Pavlović and medical technician Suljo Čakanović, helps patients be treated for anemia, skin diseases, diabetic foot, Helicobacter pylori infections and other diseases with Guber Water. Consultations with the medical team are available twice per month at the public Medical Center of Srebrenica. Patients usually bring their latest medical test results, and after a check-up and obtaining their prescriptions, patients go to the Guber Water spring. Treatment with Guber Water usually lasts 28 days.

Treatment will continue to be done in this manner until the Guber Spa starts functioning again, which has in the past showed great potential for treatment and the development of spa tourism in Srebrenica, which still, for different reasons has not been put into function.

Almir Pašagić, the doctor who is part of the expert team which treats patients at the Medical Center with Guber Water, is a Srebrenica local who lives and works in Sarajevo as a family physician. He constantly draws attention to the benefits of Guber Water. He wrote the research article titled Correcting Hypochromic Anemia with Black Guber, and 10 years ago he published the book Guber, ljekovita voda iz Srebrenice (Guber, the healing water from Srebrenica). In his works, doctor Pašagić emphasized that Black Guber is particularly effective because of its great iron content, and it helps treat poor appetite, constant tiredness, psoriasis, eczema, acne, rheumatism of the joints and bones, multiple sclerosis, sinus diseases etc. Doctor Pašagić claims that this water can even heal leukemia.