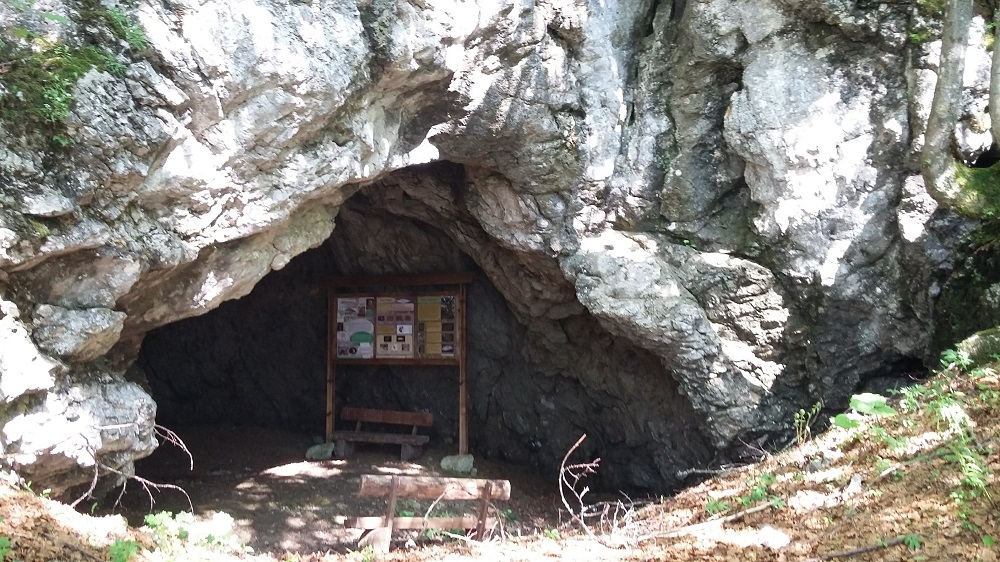 Only rare, curious mountaineers and hikers, who are attracted by the story of the creature that used to live there, tend to drop by.

The cave bear (lat. ursus spelaeus) is among the numerous giants that walked the expanses of Bosnia and Herzegovina during the last ice age. It was a distant and much larger relative of today’s brown bear. The males weighed 500 kg on average, and the females 200 kg. They mostly ate plants. The last cave bears walked the Earth at least 20000 years ago. The growth of the Neanderthal population, as well as climate changes, contributed largely to the extinction of this species. Neanderthals turned the natural bear hibernation habitats – caves, into their homes. 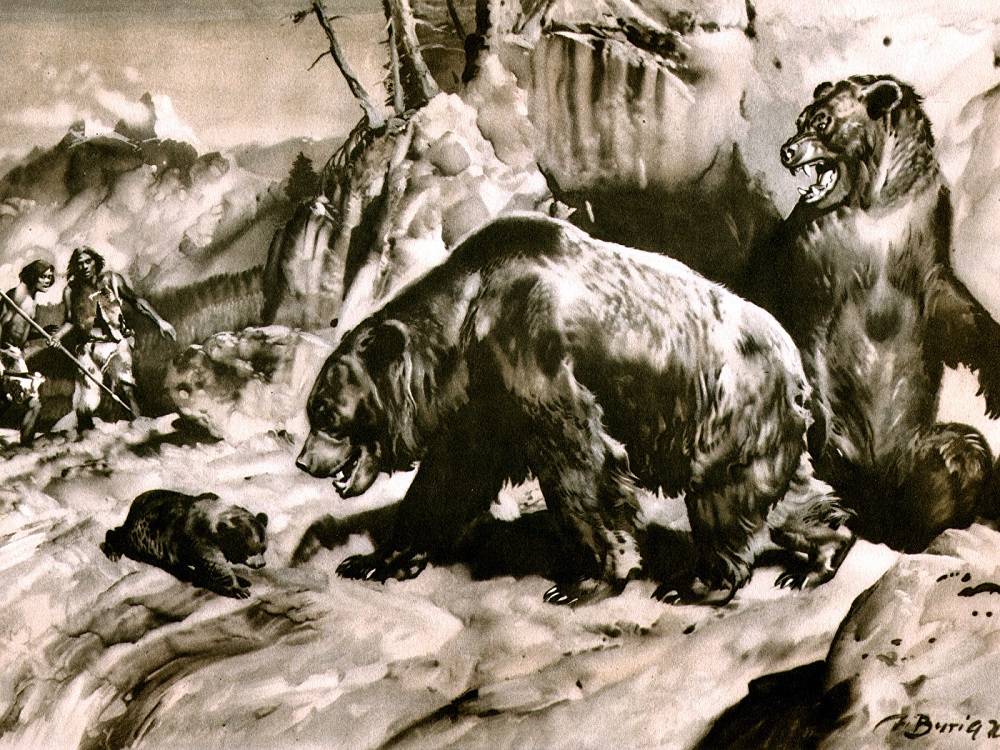 Megara Cave is located in the vicinity of Sarajevo, and falls under one of the richest sites of the above-mentioned species. Apart from numerous bones, the largest cave bear skull in this part of Europe was found here. You can see one such skull among the exhibits of the National Museum of B&H in Sarajevo. Archaeologist Franjo Fiala, one of the first curators of this institution, conducted the first excavations in this locality a long time ago in 1892, and he published a report on it in his first work in the Newsletter of the National Museum of B&H.

His discoveries had a great resonance in the scientific world, and prompted many scientists to continue to research the Megara. In the search for cave bear bones, the bottom of the cave was excavated completely. Considering the size of the cave, and the area that was not excavated, it can be concluded that the Megara Cave was a lair for hundreds of cave bears for a long period, and at least 40 of them died there.

Today, similar sites in Europe are extremely attracive for tourists. Apart from well-maintained caverns, there are interesting exhibits to be seen – replicas of skeletons and the body of the cave bear, which gives an impression of their size and appearance. If something of that nature was to be seen in the Megara as well, interest from tourists would surely grow for this destination. For now, only rare, curious mountaineers and hikers, who are attracted by the story of the creature that used to love there, tend to drop by.

The interior of the cave, with an overall length of 220m, is filled with stalagmites, stalactites, columns and multicolored parts covered in moonmilk, which is a very rare cave decoration. Based on the variety of decorations, Megara is one of the most beautiful caves in Bosnia and Herzegovina. There are also two impressive caverns within it. The first, located 60m from the entrance, is Fiala’s Cavern. It got its name from the famous archaeologist from the beginning of the story. It is around 70m long, 25m wide, and over ten meters tall. The second, final cavern of the Megara, is around 40m long, 27m wide, and over 13m tall. Just a few meters from the entrance, in order to protect the cave, a gate was set up, to hide its interior from the eyes of true nature lovers. 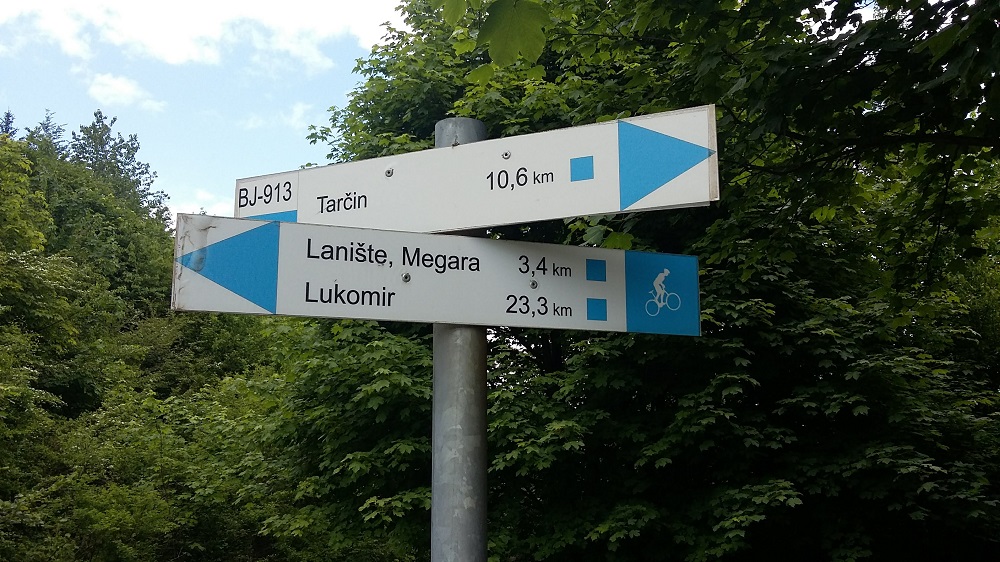 THE WAY TO THE CAVE

This cave, popularly also known as Kuvija, is nested at an altitude of 1290m, on Preslica Mountain, which belongs to the west part of the mountain range of Bjelašnica. It is not hard to reach. Whether you go on foot, by car, motorcycle or bicycle, it is best to set off from Tarčin, via the valley of the Bioča stream. Follow the road signs to recreation site Lanište via the asphalt road, and then also via a decent macadam road.

Do not miss freshening up at some of the numerous springs of clean, cold water along the way. Lanište is a wonderful meadow, surrounded by a deciduous forest, ideal for hikes. From here to Megara Cave, it is approximately a 500m beeline, a distance you can cross in at least half an hour of light walking via a well-maintained forest trail. There are info panelss alongside it, where you can find out a lot about the flora and fauna of this region, and rest on some of the benches, all the while breathing in clear, mountain air. The slight ascent ends at the entrance of the cave. You might, like the author of these lines, feel your skin crawling slightly, whether from the cold air from the cave (the temperature inside is around 5°C), or from conjuring up an image of the cave bear that used to live here.