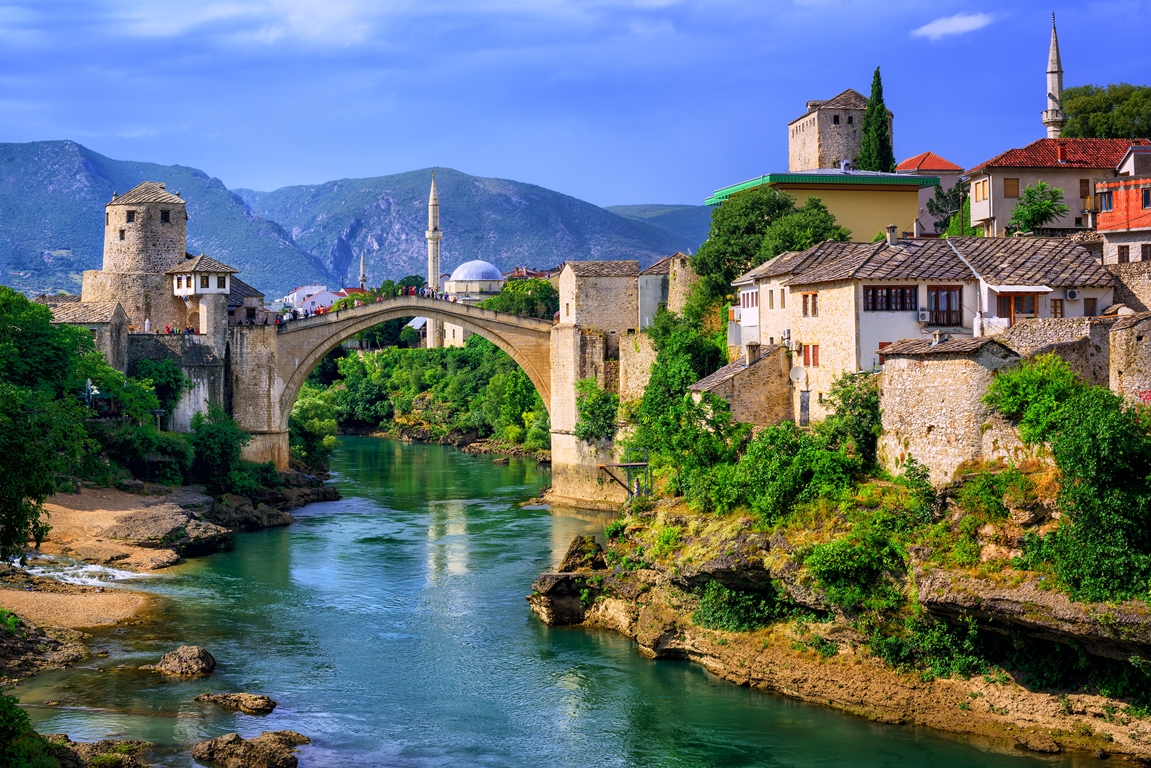 Old Bridge Stari Most in Mostar, Bosnia and Herzegovina

Mostar, the city of light

Here you will experience a cultural-historical mosaic, whose pieces were brought together by the past and get an impression under a blue sky that the sun shines on this city as if it were its own.

‘’When a man happens to spend the night in Mostar, he is not awakened by the sound in the morning, but by the light. I know from experience. The light welcomed me upon my arrival in Mostar, it followed me during my stay from the morning until the evening, and later, upon my leaving, stayed inside of me as the main feature of my memory of Mostar […]’’, said the great writer Ivo Andrić.

Starting point of a tour

In addition to its history, tradition and culture, Mostar-like some rare people do- has its strong charisma. Therefore, it is no wonder why Mostarians speak with so much pride about their place of birth which to many of them bears as much importance as their ID numbers. 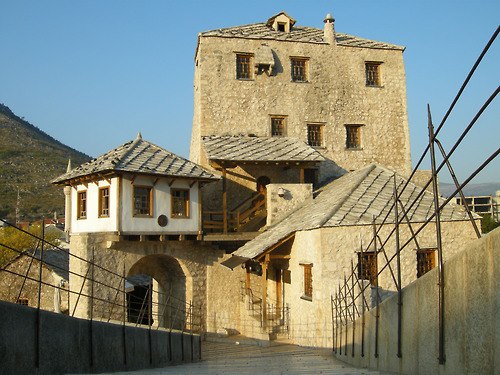 Mostar is an unavoidable tourist destination, but also one of the favorite places of Bosnians and Herzegovinians for a one-day trip. Come weekend, as many will attest, a great many Sarajevans will gladly get into their cars for a two-hour drive toward the south to have a cup of coffee with a view on the capricious beauty, the Neretva river; its banks are hugged by the city’s symbol and one of the most illustrious bridges of the Balkans, the Old bridge.

At the entrance to the Old town you will be leaving the renown Mostar market Tepa on your right. With each new step, as you are walking toward the Old, as the bridge is popularly called in Mostar, especially when the weather is nice, you will melt into a throng of people heading in two directions. Or toward the center or further into the heart of the old town.

If, however, you make an effort to hear conversations more clearly, you will get to hear different foreign languages of newly arrived tourists who are recording with their cameras important moments to keep in their memory or are taking a close look at alluring souvenirs and other decorations of the small artisan shops located in the old bazaar, Kujundžiluk. 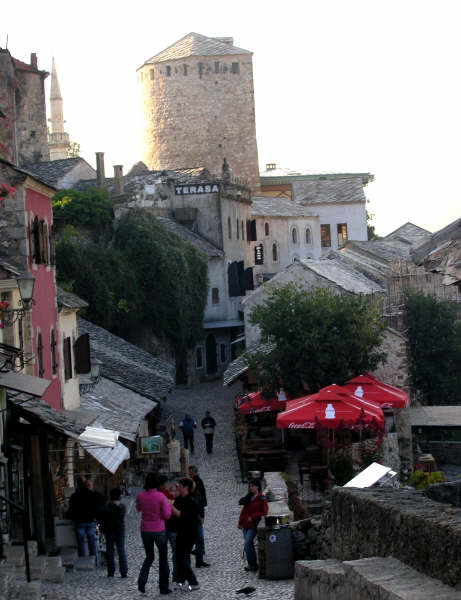 One can always take a rest in one of the nearby restaurants and cafés. Make sure you don’t miss a chance to go to some place where you can try a sweet Herzegovinian dish-smokvara- which is special because it contains a home-made fig jam, with figs grown unhindered on the red hot soil of Herzegovina.

Although it is not always easy to find a place to sit, which is understandable, since everyone is trying to be closer to the landmark of the Old town, the Old bridge, which rises towards the sky as a rainbow made of stone and bounded with towers on both banks -Tara from the eastern, and Halebija from the western side. The bridge was made by Ottoman architect Hayruddin by order of the Sultan Suleiman the Magnificent. Since 1566 it remained unscathed until tragic events of 1993 when it became the victim of the cruel war. Years later the Old bridge was brought to life again by a major construction project and is included in the UNESCO’s World heritage list. 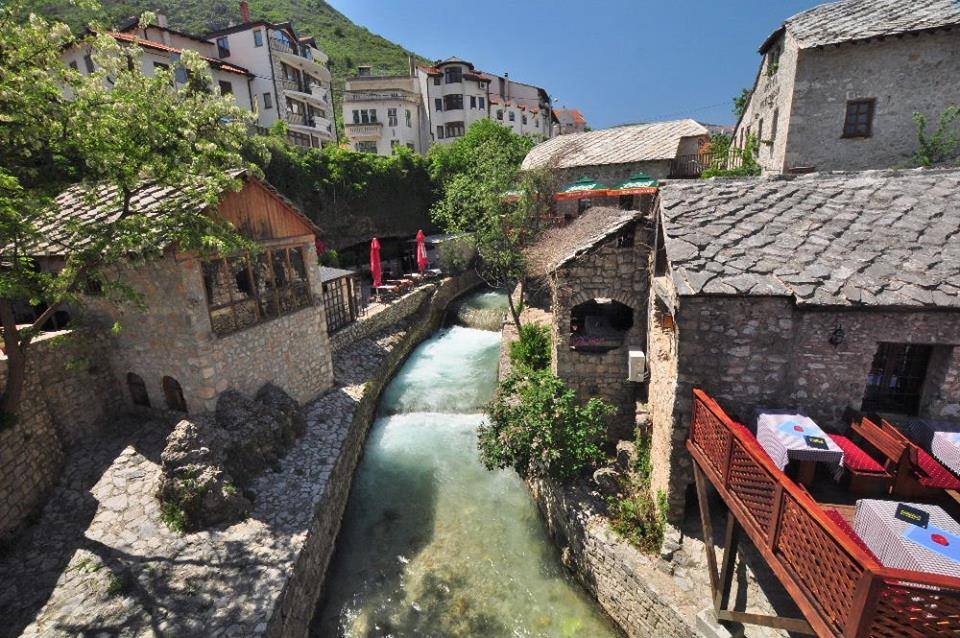 Not far away from it you will find the Crooked bridge, a small stone bridge crossing the Radoblja river, which for many is a miniature version of the Old bridge.

There is richness in diversity

Many Mostar mosques were also built in the Ottoman style. Their main characteristic is their coziness, like that of Karadjoz-bey’s mosque, which is featured on the list of the most representative monuments of the sacral Islamic architecture of the 16th century. Whoever climbs the minaret of the Koski Mehmed-pasha mosque with its preserved original wall color and decorations dating way back to 1617, will be treated with a panoramic view of Mostar.

Many traces from the Ottoman period are still present in Mostar, but what is certain to attract the attention of the curious are three Ottoman houses which bear witness to the way of living of the times past.

Behind tall walls which guard the family’s privacy are hidden the Bišćević House, the Kajtaz’ House, and the Muslibegović House, which already in their courtyards slowly start to reveal themselves to the guests’ eyes luring them with the decorations on the ground, fountains, flowers and fruit trees.

During the Ottoman period, the Jewish community also became part of Mostar’s soul.  In the early 1950’s the Jewish municipality of Mostar ceded the synagogue, which was built in the Brankovac neighbourhood in 1889, to the Puppet theater exclusively for that purpose. 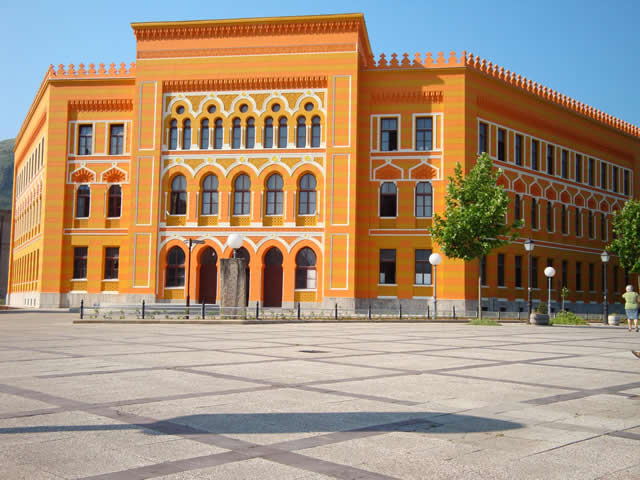 Austro-Hungarian Empire also contributed in creative ways to Mostar’s architecture. The impressive Old Gymnasium (1898) which nowadays houses the Mostar Gymnasium, is a large building on the Spanish square constructed in Pseudo-Moorish style, and not far away from it is another attraction- The city spa at Musala. However, during the Austro-Hungarian rule, on the hills of the eastern part of the town, a metropolitan see Vladičin dvor (Metropolitan palace), a monument of Neo-Baroque style was founded in 1908.

In Mostar, the most significant archeological site from the early Christian Period are the remnants of an Early Christian basilica in the Cim neighborhood; the Catholic church was built in 1866 and next to it some years later the Franciscan monastery with an extensive library. After the church was destroyed in a whirlwind of violence, a new, bigger one, was built in the years that followed.

According the latest media reports, one of Mostar’s symbols, the Congregational Church of the Holy Trinity, the protected national monument, will soon be returned to it. It is planned to be consecrated in 2019, on the 800th anniversary from the founding of the Eparchy of Zahumlje, Herezgovina and the Littoral.

The Partisan Memorial Cemetery with its 661 tombstones is also highly ranked on the list of Mostar’s landmarks. It was built in 1965 in tribute of the fallen Mostar partisans designed by Bogdan Bogdanović. 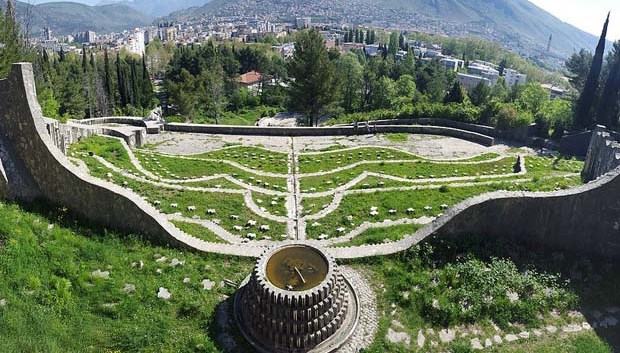 Don’t miss the chance to visit the place of birth of one of the greatest poets of the Balkans, Aleksa Šantić. The city which was respected and cherished around the world and which continues to shine as the years go by, is best depicted by the words of Dino Merlin’s Mostar song:

“I will be gray-haired, I will be old, but my Mostar will be forever young…” 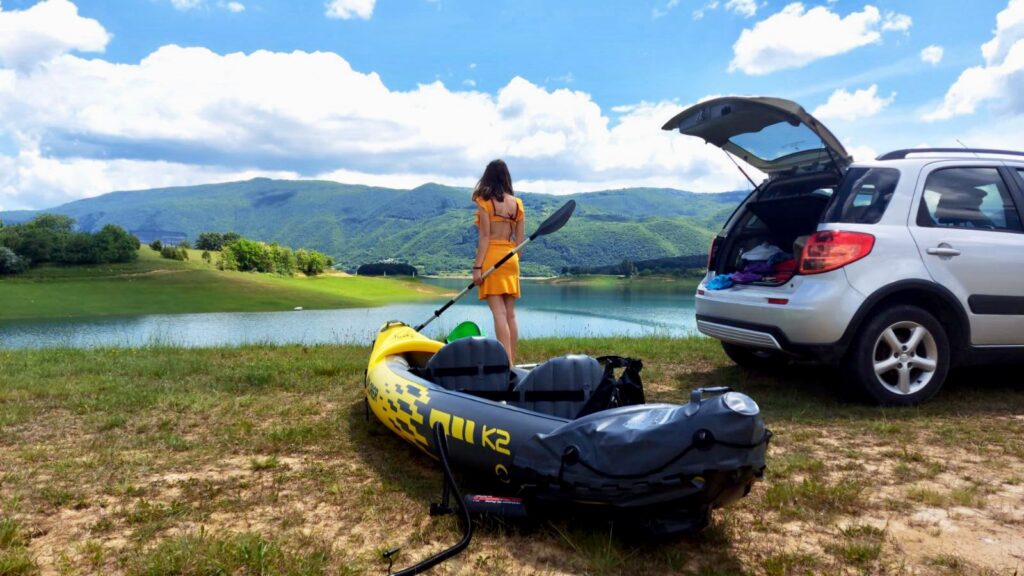 The Top 10 Adventures in Herzegovina

Anyone who likes Herzegovina affectionately calls it the Bosnian California