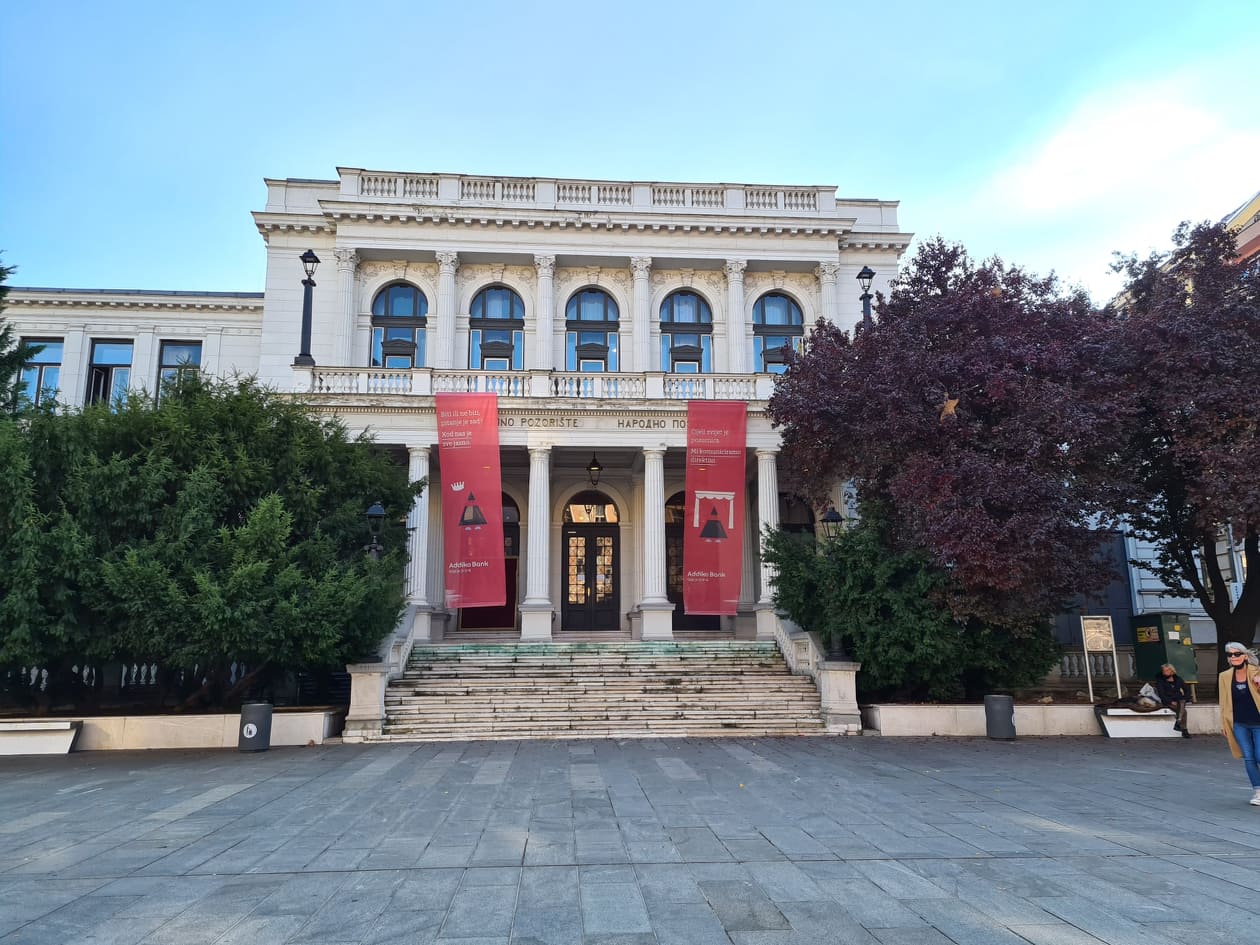 When the acclaimed author Branislav Nušić was preparing the ceremonial opening of the National Theatre in Sarajevo 100 years ago, he must have wanted it to become a renowned playhouse one day—the way it is nowadays, a full century into its existence—a playhouse audiences leave exhilarated, enchanted and moved as if their life had suddenly changed, or moved to tears or with their cheeks hurting from laughing too much.

The Largest Theatre in B&H

Founded on 17 November 1921, it is one of the most important cultural institutions in the country and Southeast Europe as a whole, and the largest theatre in Bosnia and Herzegovina. Nušić, head of the Art Department of the Ministry of Education at the time, created a celebration to be remembered for years to come. For three nights in a row, the programme included music and drama performances to mark the beginning of the theatre’s operation. At first, it was exclusively a drama theatre, but in 1946 it began hosting opera and ballet performances. From that moment on, thanks to its artistic achievements in theatre, many a generation of artists performing on stage, and particularly the way it was organised (consisting of three ensembles: opera, drama, and ballet), the National Theatre played a prominent role both in the theatre and spiritual life in general in B&H. In its 100-year history, a large number of drama, ballet and opera performances have been staged in this theatre and in various other theatres abroad. Many literary works written by distinguished authors premiered in the National Theatre in Sarajevo, the oldest theatre in B&H; particularly notable among them were those written by: Zlatko Topčić, Skender Kulenović, Meša Selimović, Hamza Humo, Isak Samokovlija, Miroslav Jančić, Duško Anđić, Uroš Kovačević, Ahmed Muradbegović, Enver Čolaković, Edhem Mulabdić, Abdulah Sidran, Almir Imširević, Almir Bašović, Alija Hafizović… 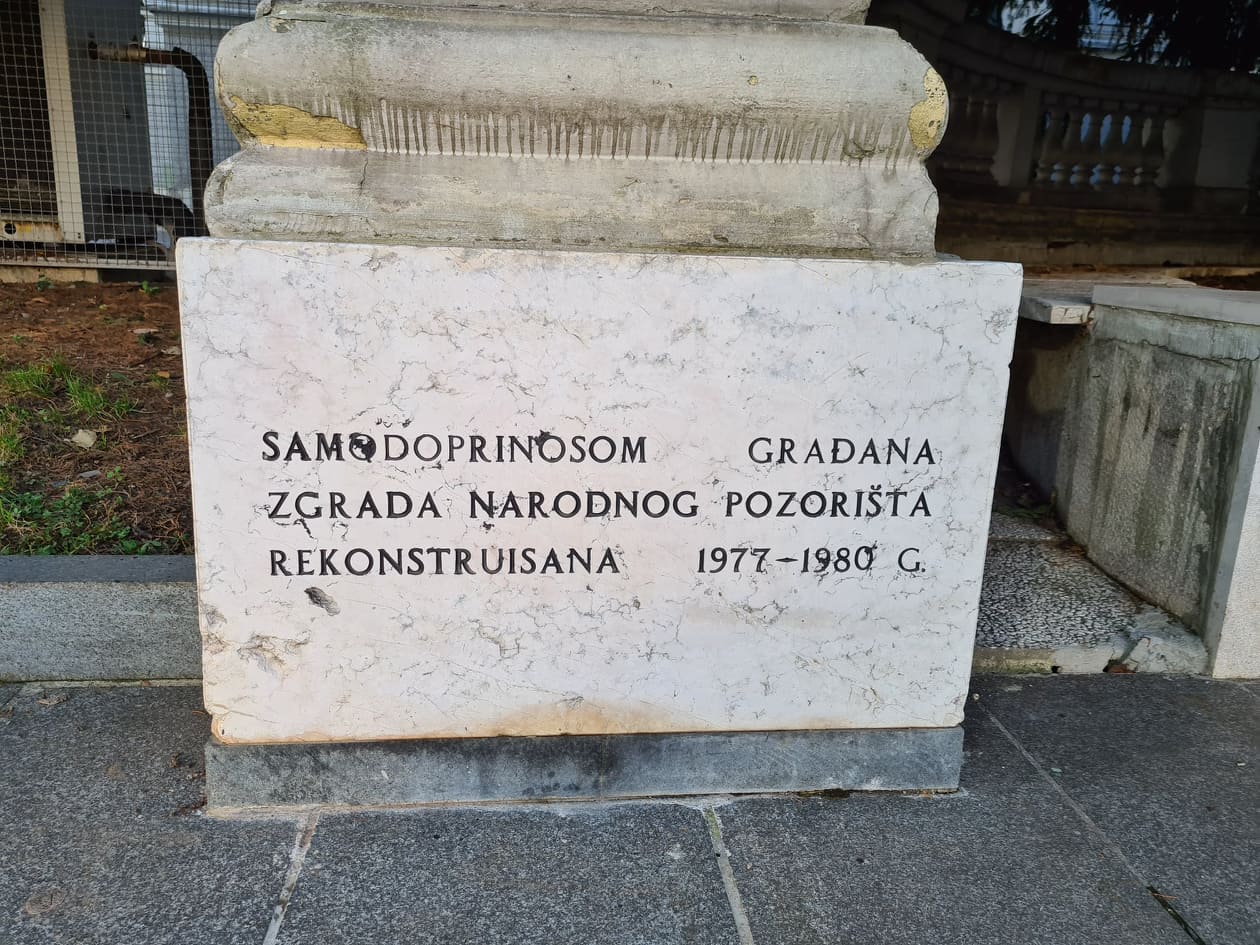 Housed in what was originally a Social Centre situated on the banks of the Miljacka River, the building of the National Theatre in Sarajevo was constructed way back in 1897 in the historicist neo-Renaissance style according to the design of the Czech architect Karl Pařik. It was formally opened on 2 January 1899 with a performance of Franz Grillparzer’s “Medea”. Grillparzer (1791-1872) was an Austrian dramatist who synthesised the legacy of Austrian baroque drama and the imaginative forms of German classicism. Actors of the Croatian National Theatre in Zagreb thrilled the audiences with their performance that began with the prologue of the famed poet Silvija Strahimira Kranjčevića “To the Fairy of Education”. At the time, just like today, this theatre was the epitome of elegance and culture worthy of the Parisian and Muscovite playhouses. The main auditorium as well as the White Salon, which is used as a reception and conference area, are interior design masterpieces even today—their furnishings are reminiscent of an aristocratic residence. During the time of the Austro-Hungarian Empire, the National Theatre in Sarajevo was referred to as “Vereinshaus”, “Herrenclub” or “Clubhaus”, and it featured an auditorium, the so called “Saaltheater”, where plays were staged. In 1922, the Social Centre was redesigned to become the National Theatre. The Commission to Preserve National Monuments designated this building nestled in the heart of Sarajevo as a national monument of Bosnia and Herzegovina.

The play titled “It has Never Happened Anywhere” directed by Dino Mustafić, which premiered on 27 February this year, opened the celebration of the centenary of the “Playhouse on the River Bank”. The story, which aims to highlight a number of diseases affecting the society and circumstances surrounding the production of the play—the outbreak of the Coronavirus pandemic, was modelled on Tvrtko Kulenović’s novel “History of Disease”.  Kulenović was an erudite scholar and author, and the production was posthumously dedicated to him.