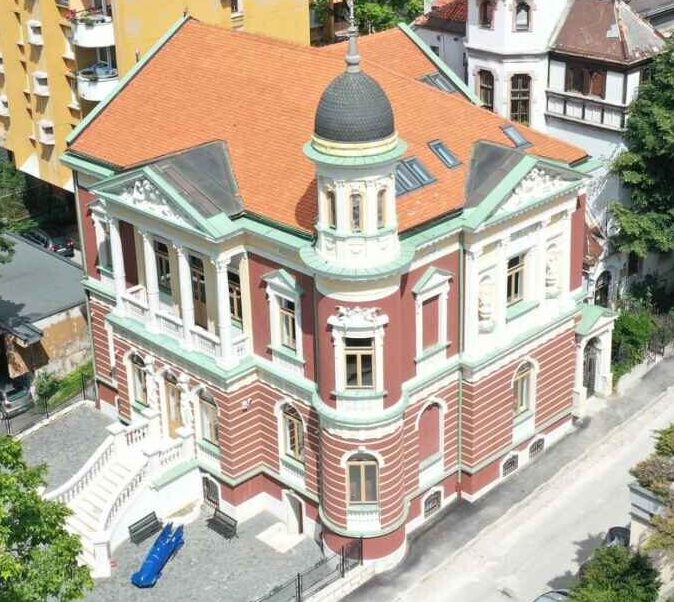 The Olympic Museum of the 14th Winter Olympics, which put Sarajevo on the global sporting events map back in 1984, opened its doors 35 years ago in an old aristocratic mansion located at the beginning of Petrakijina Street in the Mejtaš neighbourhood.

The red-façade building with richly decorative elements and ornaments used to be the Mandić Mansion which was built in 1903 for Nikola Mandić, a renowned Sarajevo’s lawyer and politician and a holder of a doctoral degree in law. The author of the design plan, architect Karel Pařík, created a residential building design in the late-historicism tradition modelled on luxurious European mansions built at the time and decorated with Alpine folklore elements and features of the German Gothic style. Three more similar mansions are lined up along the street in an architectural ensemble which was declared a national monument in Bosnia and Herzegovina.

The Museum was officially opened on 8 February 1984, the opening day of the 14th Winter Olympics. The concept and program of the Museum are designed on the model of the International Olympic Museum in Lausanne with the idea to conduct synthesis and affirmation of the two main features – sport and art.

At the onset of the war in B&H, on 27 April 1992 to be more precise, the Olympic Museum was among the first cultural institutions that were shelled and destroyed. Owing to the engagement of employees at the Museum, particularly its manager Edin Numankadić, and the wider community under difficult war conditions, the Olympic Museum’s exhibits were evacuated, salvaged, and stored in a safe underground place at the Zetra Olympic Hall. All exhibits were stored there apart from a collection of around 8,000 slides that went up in smoke. The exhibits were brought to life again in Zetra as part of a new Olympic Museum which was restored and inaugurated in 2004 on the twentieth anniversary of the 14th Winter Olympics in Sarajevo.

The underlying concept of the new Olympic Museum is to present the spirit of Olympism, Olympic values, creativity, youth and other positive achievements of this event. The sport section of the museum presents the preparation, organisation and implementation of the 14th Winter Olympics in Sarajevo, whereas the art section presents the Map of World Graphics Art and Sport with the pieces by Henry Moore, Andy Warhol, Michelangelo Pistoletto, as well as the collections of the contemporary artists of Bosnia and Herzegovina including pieces by Berber, Kućanski, Zaimović, etc.

Možda ste propustili:  The story about the City Hall Vijecnica

The building that used to house the museum was reconstructed. Last year, a façade was constructed and lighting was set up making this lovely mansion even more beautiful. The Olympic Museum was re-inaugurated on 8 October at the same address where it had been originally inaugurated 28 years ago. Exhibits dating back to the Sarajevo Olympics and items from the European Olympic Youth Festival (EYOF) held in Sarajevo and East Sarajevo in 2019 were brought to life yet again.