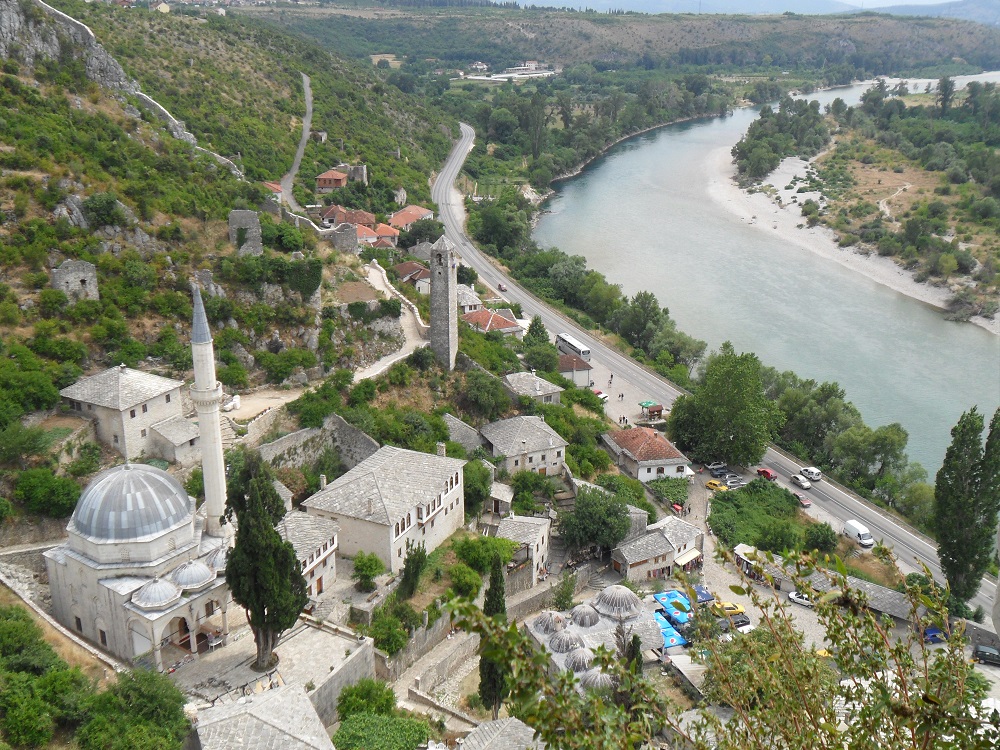 Počitelj, the tamest town of the south

Počitelj is known as one of the most beautiful cultural and historical sights of BiH. This oriental town is situated in the valley of the Neretva River, and the hills that surround it are home to its old „guards“, medieval fortresses

The town that represents one of the key destinations of BiH tourism, is assumed to have been built, along with neighbouring settlements, by Bosnian king Stjepan Tvrtko I in 1383. Počitelj hides numerous stories of times gone past within its walls, traces of rulers who came and went, leaving behind a significant heritage to future generations.

In the Middle Ages, Počitelj was an administrative centre and the centre of governance of Dubrava County, its most western point, giving it great strategic importance. Its development continued between the 16th and 18th century, and today in terms of architecture the medieval and Ottoman stages of evolution can be observed. In the period between 1463 and 1471, it was occupied by a Hungarian garrison, but after a short siege in 1471 it fell under Ottoman rule and remained a part of the Ottoman Empire until 1878. It was recorded as the centre of kadiluk (area under the jurisdiction of a kadija, i.e. judge) from 1782 until 1879, and as the headquarters of military district Počitelj from 1713 until 1835.

Upon the establishment of Austro-Hungarian rule in BiH in 1878, Počitelj lost its strategic importance, and it was this that actually helped it maintain its initial urban architectural entirety until today, although it suffered greatly during the time of aggression on BiH. However, in 1996 World Monuments Watch named Počitelj as one of the 100 most endangered locations of cultural heritage in the world, and in 2000, the Government of the Federation of BiH started a program for its permanent protection.

The historical urban area is situated on the left bank of the Neretva River, on the main Mostar-Metkovići road. The monuments which make this city so unique are Hajji Alija’s Mosque, one of the finest accomplishments of the classical Ottoman style, Šišman Ibrahim Pasha’s Madrasa, which was a standard type of smaller religious school, while the entire čaršija (bazaar) is dominated by the Clock Tower, typical for Herzegovina, where clock towers were built under the influence of Mediterranean and Dalmatian architecture.

The way in which houses were built in order to preserve the intimacy of living and peace and quiet, while at the same time offering a view of the entire city and life in it, is interesting. The Gavrankapetanović House, made up of two smaller and one larger building, known as the selamluk and haremluk, was built during the 16th and 17th century. Based on size, is it the largest and most prominent example of residential architecture in Počitelj. At some point, the house was abandoned, and in order to preserve and renovate it, it was transformed into an Art Colony. Each year, during summer, the colony gathers artists from various parts of Europe and is known as a tourist attraction.

DON’T MISS: When you come to Počitelj, try some of the homemade juices made by locals. We recommend the homemade pomegranate juice.

HOW TO GET THERE: Počitelj is situated on a rocky cliff sloping on the left bank of the Neretva River, around twenty kilometres south of Mostar, along the highway which leads towards the Adriatic Sea.