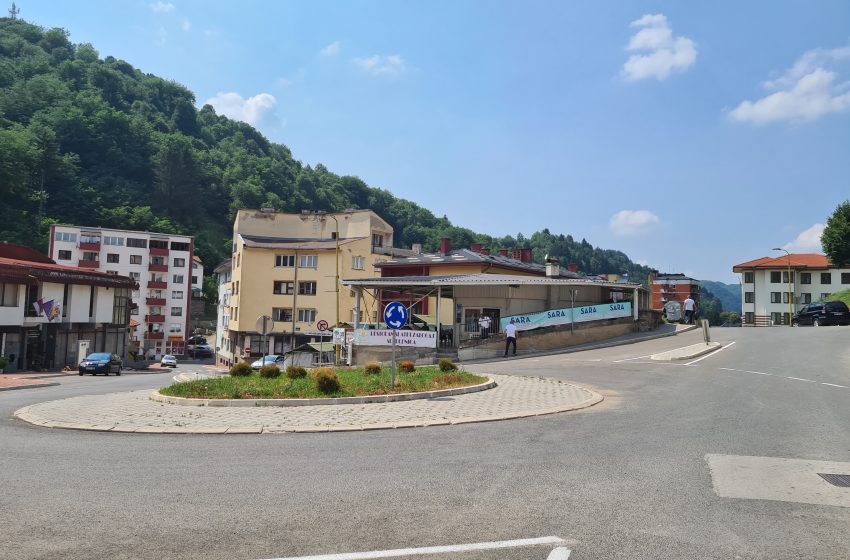 Ore deposits found in its soil are precious. Its waters are healing. Silver! Its forests are rich and fertile, and the air there is refreshing. Srebrenica means both love and sorrow for us, and its wonderful neighbourhoods deserve to be visited more frequently.

Bank in ancient times, the priceless value of its mines was recognised by the ancient Romans. Today, archaeological sites such as the “Roman Municipium Museum” located in Skelani near Srebrenica, where archaeologists discovered a full room of a Roman administrative building—a basilica from the 4th century BC, reflect what their life was like back then. Travellers from all over the world would often come to Srebrenica because of the mines and leave traces of different cultures there. The earliest (known) written reference to Srebrenica dates from 1352, when the reign of Bosnian Ban Stephen II was coming to an end. Throughout history, it was most commonly referred to as Domavija and Argentarija. By the end of the 14th century, it became the most important mining centre and the most important urban settlement of the Bosnian Banovina. 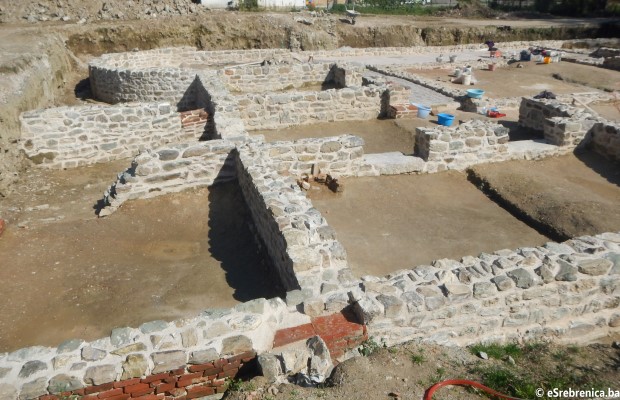 The Arrival of the Franciscans

When the Franciscans came to Bosnia at the end of the 13th century, they settled in Srebrenica. That is where they built their first monastery and church after which the country was later named Bosnia Argentum. They preached throughout the Balkans and the region from the province’s first main seat. The Srebrenica Monastery, where future friars were raised and trained, was regarded as a well-respected and widely known religious order. In 1394, the Roman Catholic Church of St. Nicholas was constructed in the coastal style Srebrenica. It was a co-cathedral at the time of the diocese.

Guber Waters With a Power to Heal

The most prized possession Srebrenica has had since the beginning of time are the red waters of Guber. The “Red River” with 48 mineral water springs flows downhill to the town of Srebrenica, carrying with it waters that have a power to treat anaemia and heal the eye, skin and sinuses. The first mention of Srebrenica’s healing waters dates back to the second half of the 17th century, when Turkish travel writer Evliya Çelebi wrote that there is a silver mine with a small, magical spring of water in the area. Later on, people named it srebrena voda (silver water). The first doctor who drew attention to its healing properties was Doctor Hans Duller at the beginning of the 19th century and from then on, the re-telling of the story of the magical properties of Srebrenica’s water has not ceased to this day. Guber became widely known, and the Guber Spa was extremely popular. A beautiful promenade leads to Guber featuring a children’s park, exercise equipment, a summer garden, and picnic tables and benches. While we are waiting for renovation works to start on the health resort, various treatments are available at the Srebrenica Health Centre including a free Guber water treatment.

There is a very attractive lake called Perućac not far from Srebrenica. It is a place, they say, where the River Drina rests its soul. You will not be able to remain indifferent to its beauty, and if you want to truly enjoy it, you can, because the lake is suitable for swimming as well as fishing. If you decide to spend your holiday in Srebrenica, there is a large number of suites on the lake that you can rent, and there is also a camp for young people. The most popular beach is Oštrika Beach featuring a restaurant, shower facilities, internet, cottages, and rafts. From the beach you can take a boat tour of the Drina Canyon all the way to the towns of Žepa and Višegrad. You can also visit Lake Perućac during some of the traditional events held here, which have recently gained popularity such as the Pančić Regatta, as well as the Srebrenica Days event.

Srebrenica is one of those towns that can boast a great number of vantage points. The most popular one sits in the town centre, above the Lovac Motel, where Srebrenica’s most popular postcard pictures are taken. The Srebrenica Medieval Fortress and the nearby artillery fortifications also offer one of the most stunning views of the city. The Ottoman artillery fortification is a protected national monument of B&H. There are other lookout points in the vicinity of Srebrenica. The medieval town called Kotlijevac, erected in a largely inaccessible area in the settlement of Kotlijevac on the Perućac lakeside, affords visitors the most impressive views. This year, trails have been mapped and marked towards Kotlijevac, and tourist signposts have been set up. Kotlijevac It belongs to the protected area of the Drina National Park featuring marked hiking trails with a myriad of gorgeous vantage points overlooking the Drina River Canyon. Near Klotijevac sits a medieval necropolis and the Đurđevac Fortress dating back to the Medieval Period. 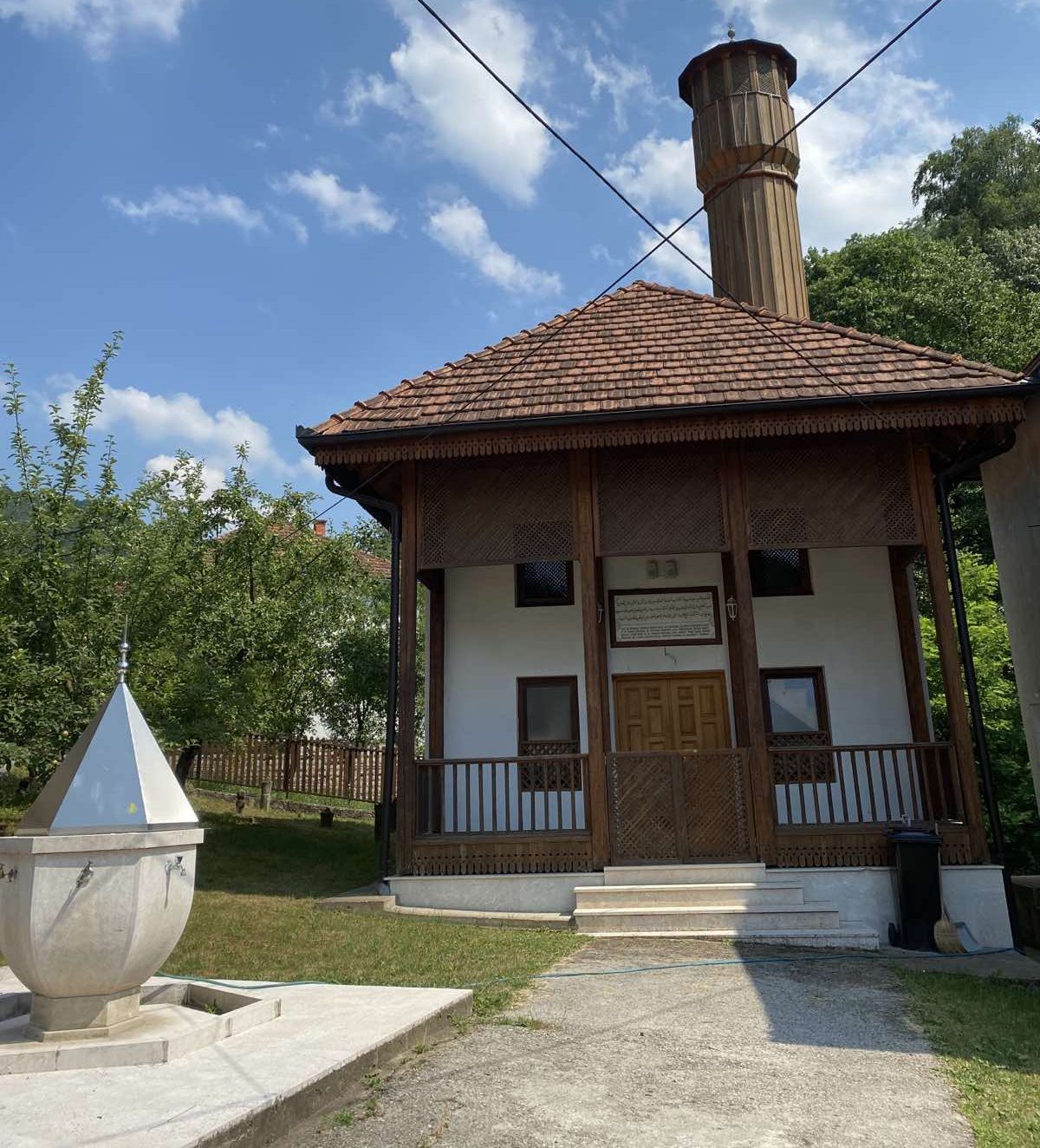 In Srebrenica’s čaršija, you will be drawn to the lovely Čaršijska Mosque. When you head towards Guber, swing by the Đozić Mosque, whose harem is protected as a national monument of B&H. Among the town’s places of worship, the 19th-century monastery stands out on the site of the former Sase Monastery which was constructed for workers in the nearby mines.

The Srebrenica Memorial in Potočari