Trappista is a must-have on every decent dinner table and a valuable ingredient of many gourmet dishes, but most of all, one of the most popular souvenirs from the city on Vrbas. 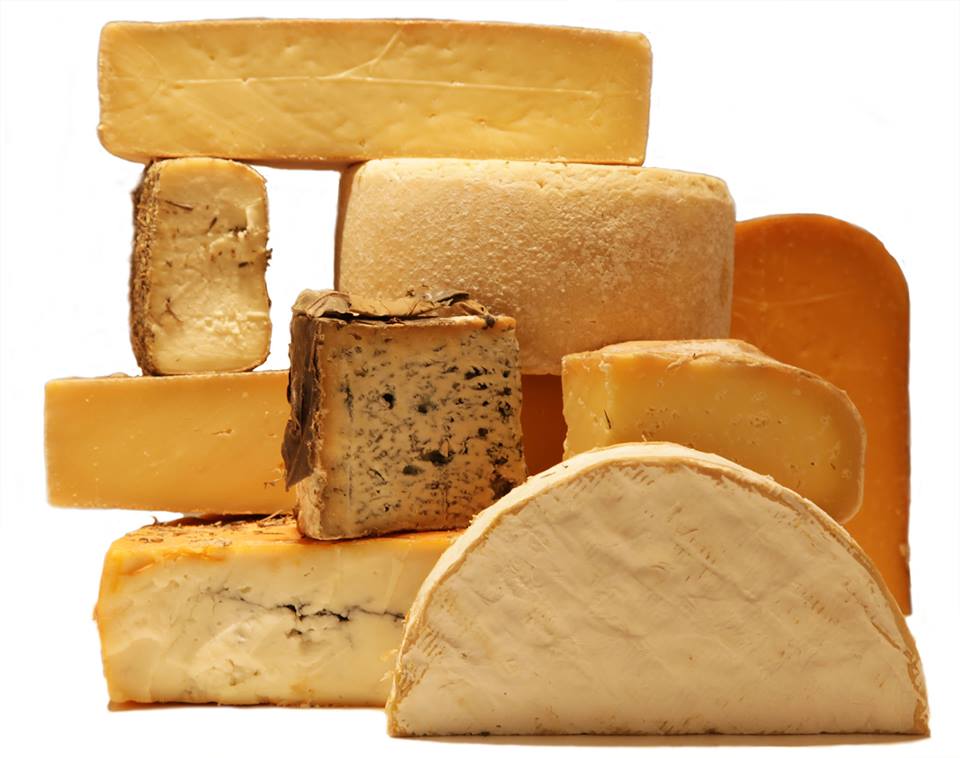 Sir, cheese, queso, formaggio… type of food of rich and delicate flavour, proclaimed by the ancient Greeks to be the gift from the gods. There are countless types of cheeses of different flavour, appearance, aroma and method of production.

Cheeses are a part of history and material heritage of a country, as integral to its tradition as the music, folklore or national costume.

It is interesting that production and consumption of these products in our country is still largely restricted to rural households. The technology of production of most of these cheeses is simple, adapted to modest production conditions, with few to no changes to the process of production compared to the original method, which makes the produce extremely valuable.

Although we enjoy Gouda, Emmentaler and Parmigiana cheeses, in the lines to follow, we will present several cheeses typically produced and enjoyed in Bosnia and Herzegovina, which can easily compete head to head with other renowned cheeses in both their quality and flavour. 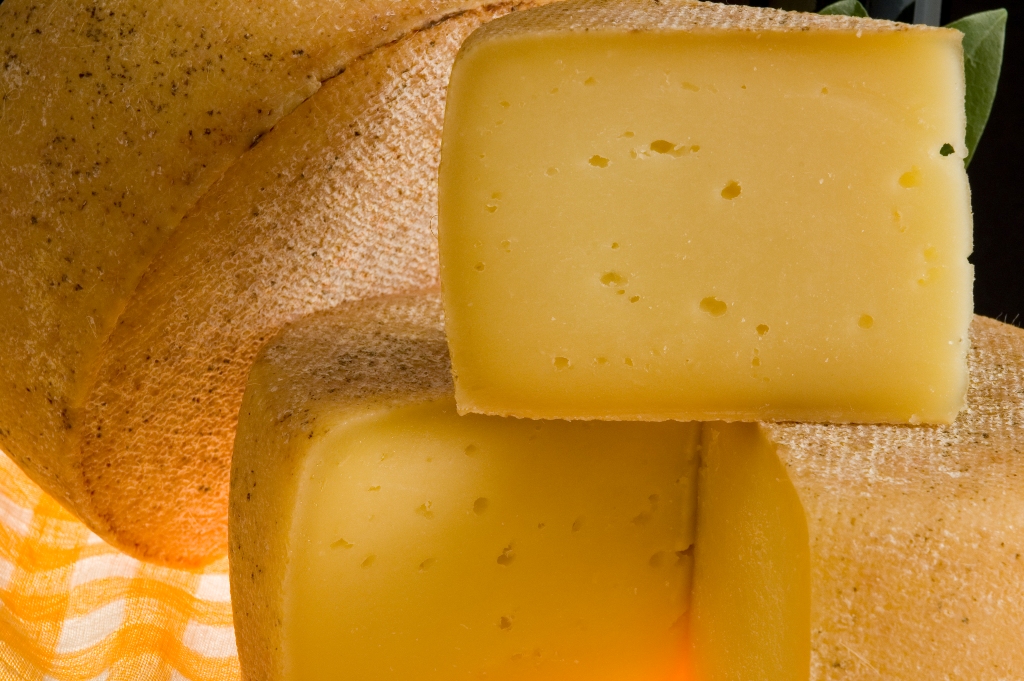 The Livno Cheese is hard, yellow, tangy and moderately salty cheese, typically produced in the area of Livno and Livanjsko Field. Production of Livno cheese begun during the Austro-Hungarian era, in the 19th century, on the basis of French technology of making the Gruyère cheese. Livno cheese is made from a mixture of sheep’s and cow’s milk in 80:20 ratio, with the maturation period of about two months. It takes between 12 and 13 litres of milk to produce one kilo of cheese. It is produced from late May to October. Once the cheese is mature, it can be used as Parmigiana cheese. 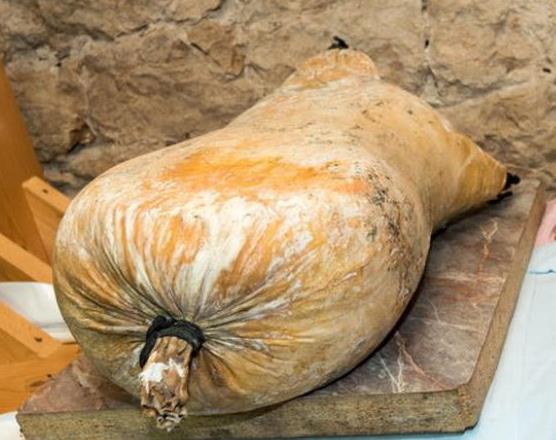 CHEESE IN THE SACK 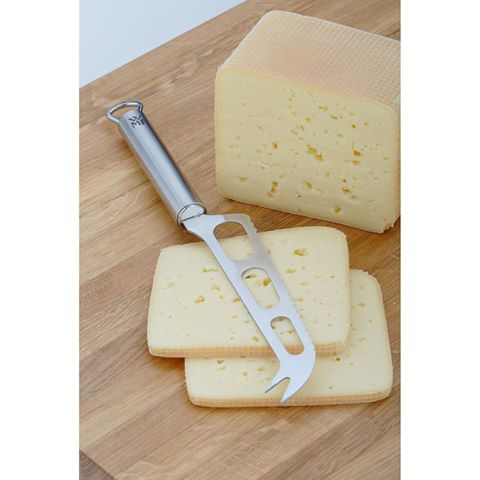 Trappista cheese is semi-had, high-fat, easy to cut cheese of sweet flavour. It originates from France and was named after La Trappe Abbey. Trappista is produced by the Trappistines, order of monks living near Banja Luka. The original recipe is kept secret, transferred verbally from one monk to the other. The cheese is made of whole-fat cow’s milk which is pasteurized. It takes about 1,000 liters of milk to make 60 pieces of round cylinder cheese, weighing about 2 kilos each. The maturation process takes about three months.

The Trappistines arrived to Banja Luka in 1869 and they started construction of their Mariastern Abbey immediately upon arrival. Over the years they spent in Banja Luka, they built the sawmill, students’ dormitory and hydro power plant on Vrbas, the first hydro power plant in the Balkans, but they are best known for their famous Trappista cheese.

It is important to note that the cheese is still made based on the original French recipe and that it is registered as protected by the Institute for Intellectual Property in BiH and Geneva. Trappista is a must-have on every decent dinner table and a valuable ingredient of many gourmet dishes, but most of all, one of the most popular souvenirs from the city on Vrbas.

Vlašić cheese is traditionally made of sheep’s milk. It is one of the most famous white cheeses in brine. The most important features of this type of cheese are its saltiness and firmness. It was named after Mt. Vlašić, and it is also known and marketed as Travnik cheese, named after a town on the foothills of Mt. Vlašić, becasue the residents of Travnik were the first to start selling this type of cheese. It was brought to this region by cattle breeders from the other side of the river Drina. The process of maturation of this type of cheese takes between two and three months. 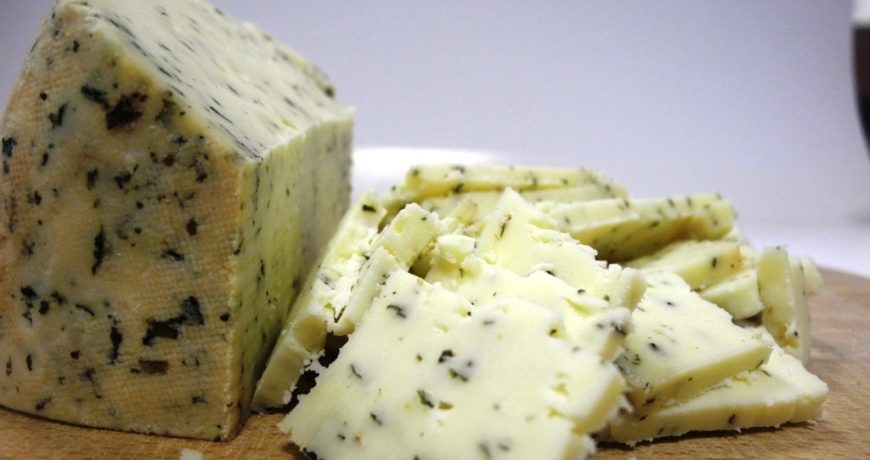 Bucket cheese is among the oldest authentic Bosnian cheeses. It was stored in wooden buckets and was produced in mountainous regions of central Bosnia. The whey which remained after the production of this cheese was complete was used to produce albumin cheese called “urda”.

The production of Crumple cheese in Bosnia and Herzegovina is over two millennia old and the technology used is similar to the one used for production of Kashkaval. Crumple cheese dates back to the Roman era, and it belongs to the subtype of cheese described first by Columella (35-45 BCE) under the name ”caseus manu pressus”, because it is crumpled by hand.