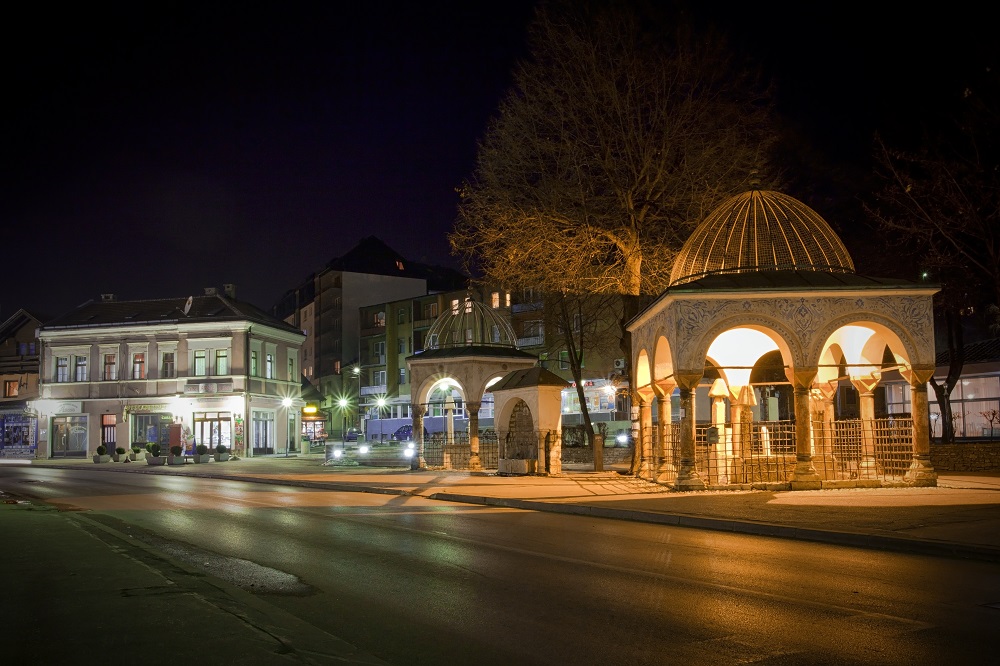 Travnik – A Town with Soul

Ivo Andrić’s house, clock towers, sundial, old town, Plava Voda Spring and Šarena Džamija (colourful mosque) are the places to see in Travnik. Traditionally, the place to go for the best coffee is Lutvina Kahva (Lutvo’s coffee), but complete Travnik experience also includes a meal of famous Travnik variety of ćevapi and a quick stop in one of many small establishments by the road to get a taste of the wholesome and incredibly delicious Vlašić cheese. 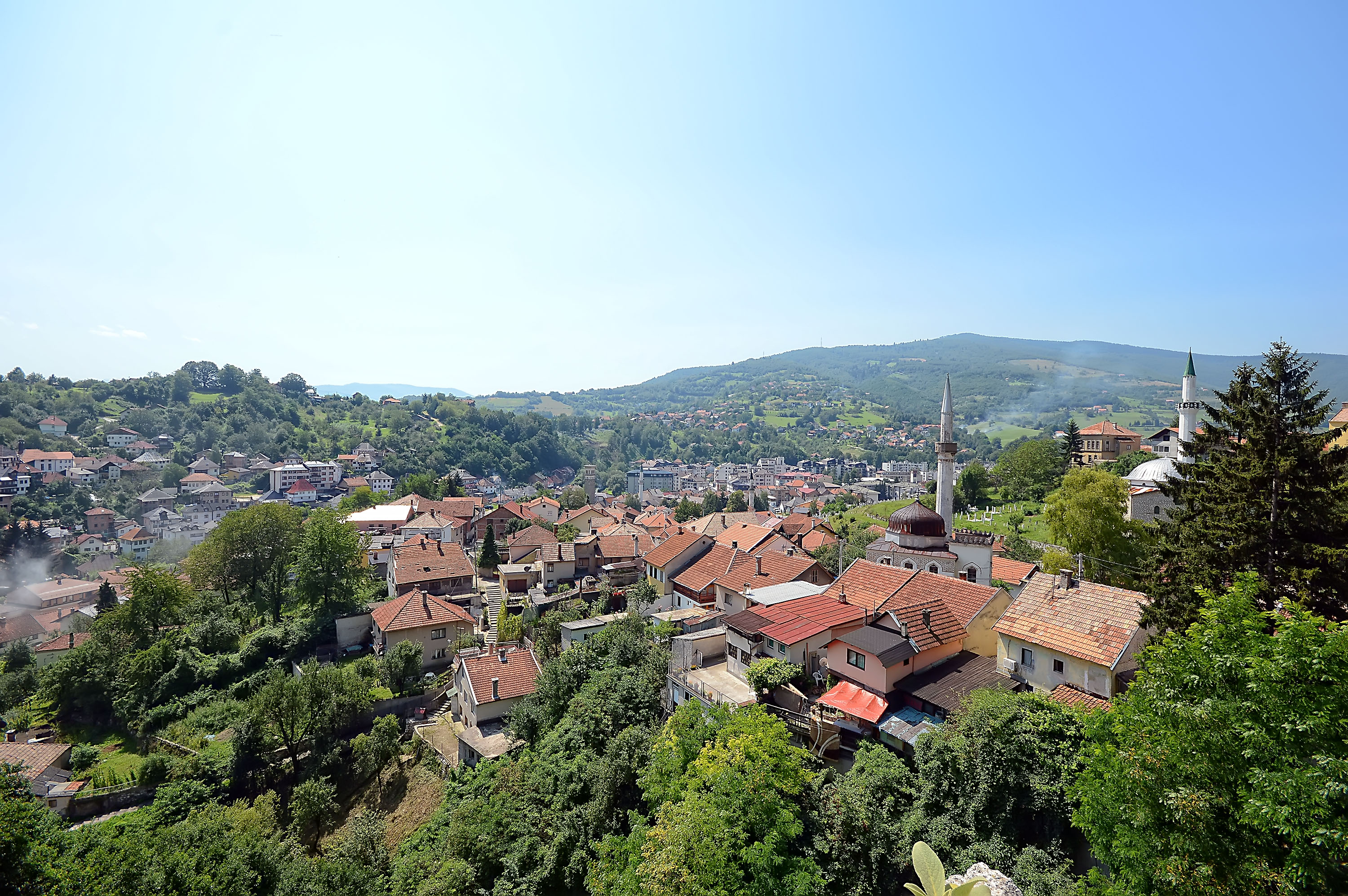 Travnik will share with you countless stories of its glorious past every step of the way. Let’s just mention that it used to be the capital of the Bosnian Pashalik for 150 years, the residence of 77 viziers and a seat of two consulates.

The first references to Travnik date back to 1463 when the famous Sultan Mehmed II, best known as Mehmed the Conqueror, passed through the town on his way to Jajce. To be able to truly feel and appreciate the soul of this old town, one must visit this place, which emerged on the banks of the crystal clear Lašva river.

It is believed that the fortress was built in the late 14th or the early 15th century for the King Tvrtko Kotromanić II, though some sources also suggest the possibility of the fortress being built for King Stjepan Dabiša. Erected above the small creek named Hendek, which remains alive during winter, but dries out during summer, this fortress is Bosnian national monument which features the architecture of medieval, Ottoman and Austro-Hungarian eras. Today, the fortress is the popular venue for many cultural and entertainment events.

Birthplace and Museum of Ivo Andrić

The museum is located in Zenjak Mahala (residential area). During its lifetime of over a hundred years, the house which perfectly exemplifies typical Bosnian architecture changed several owners. In early 1970s, after Ivo Andrić received the prestigious Nobel Prize for literature, the value of the house was recognised and the house was purchased from the owners at the time and repurposed to serve as a memorial museum. Several exhibitions featured in the museum, including the Birth Room, the Travnik Chronicles Room, the Photo Exhibition Room with the photographs from the Nobel Prize award ceremony, the library with art collection and the “listening” parlour, all depict the life and creative endeavours of Ivo Andrić. The museum continues to collect the exhibits which may be of relevance to the life and literary opus of Ivo Andrić. 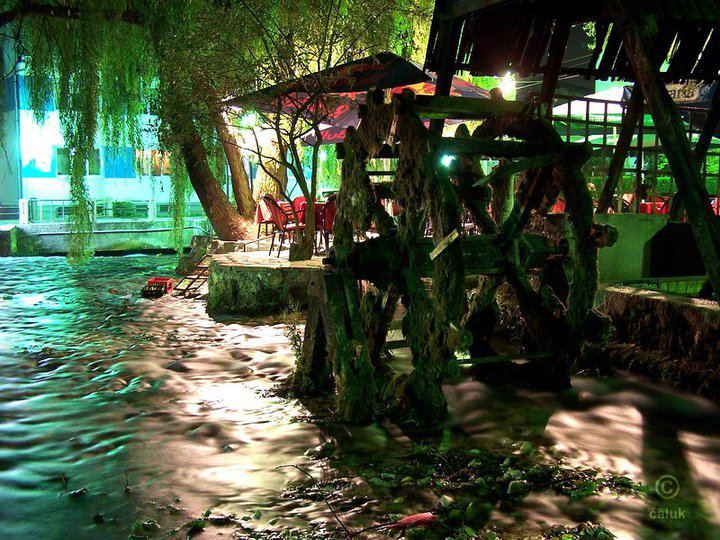 It springs from a rock and completes the setting of the most beautiful outing spot in Travnik. Incredibly relaxing and refreshing sounds it makes as it flows were the reason the entire settlement was named Šumeće, after the sound of the soft hum Plava Voda creates as it travels along its course. The most fascinating place along the course of Plava Voda is a small restaurant named Lutvina Kahva (Lutvo’s Coffee). The coffee served here earned its fame after the Austrian Archduke and the heir to the Austro-Hungarian throne, Rudolph Franz Carl Joseph stopped here to have a coffee. After what must have been a superb coffee experience, the young prince gave the owner of the café a gold ducat, as a token of appreciation. Coffee pot the famous coffee was served from and the coffee cup the prince sipped his coffee from were kept in a special display case, and the coffee was fittingly named the Rudolph’s coffee. Since the local residents referred to coffee served here as Lutvo’s coffee, the new name did not stick for very long.

Colourful Mosque or Suleymaniye Mosque, is situated in the part of Travnik named Donja Čaršija. It is believed that the mosque was built in the late 16th century. Written records suggest that the mosque was built by Gazi-Aga. Other sources point to the fact that vizier Ćamil Ahmed-Aga, built a mosque in 1757. The mosque was completely destroyed in a fire in 1815 and a new mosque was built at the same location by Suleyman Pasha Skopljak. Due to colourful ornaments decorating the mosque walls both inside and outside, the mosque was fittingly named the Colourful Mosque. The mosque’s minaret is located on the left, instead of the right side of the mosque, which is the norm for Islamic places of worship. Moist and unstable surface on the western (or the right) side of the building was cited as justification for this deviation from the norm.

Bosnian vizier Mehmed Pasha Kukavica built a mosque in Gornja Čaršija in 1757, known today under the name of the Mosque of Hajji Ali-Bey Hasanpašić, who restored the mosque after it was destroyed in a fire. The mosque complex includes a small cemetery, where the son of Mehmed Pasha Kukavica, Miran Ibrahim Pasha was buried. 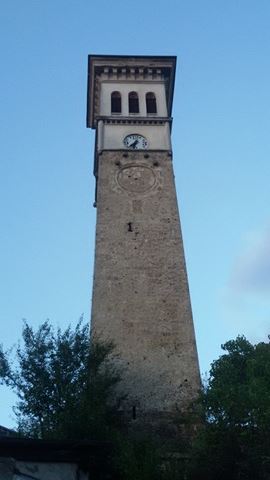 Travnik is the only town in BiH with a working sundial. For the sake of accuracy, let us add that there is another sundial in Sarajevo, operating within the observatory of the Gazi Husref Bey’s Mosque. However, the said device, much smaller in scale, is actually a pocket sundial.

The precise date of construction of Travnik Sundial has unfortunately not been recorded. It is also now known who built it. It is believed that the sundial existed within the complex of the mosque originally built by Mehmed Pasha Kukavica, which was burnt down. Since some parts of the original mosque were salvaged and used during reconstruction, it is possible that the new sundial occupies the same place as the original sundial, in the shallow indentation on the southwest wall of Hajji Ali-Bey’s Mosque.

At the time it was built, it was used by everyone in town. In addition, mechanical clocks on two of Travnik’s clock towers were synchronised with it. In those days, it was very uncommon for one to own a pocket watch or a wrist watch. The privileged few among the Travnik’s elite used to set their watches to match the time shown by the sundial. 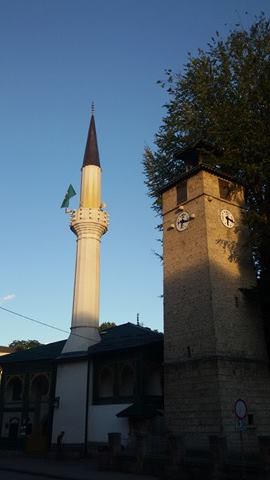 Travnik is also the only town in the world with two clock towers. In the 18th century, the ruling viziers had built 20 metre high towers visible both in Donja and Gornja Čaršija. While the exact date of construction of the Musala Clock Tower was not known, the Clock Tower in Gornja Čaršija was built by the side of Hajji Ali-Bey’s Mosque in Travnik, most probably by Mehmed Pasha Kukavica in the 18th century. The clock tower was reconstructed in 1817 by Suleyman Pasha Skopljak, who added a four sided wooden roof with a space under the roof for a bell. During the same time, Austrian Consul von Smischen helped with the purchase of a clock with four dials and a bell which resonates loudly even today, announcing full hours and quarters of an hour.