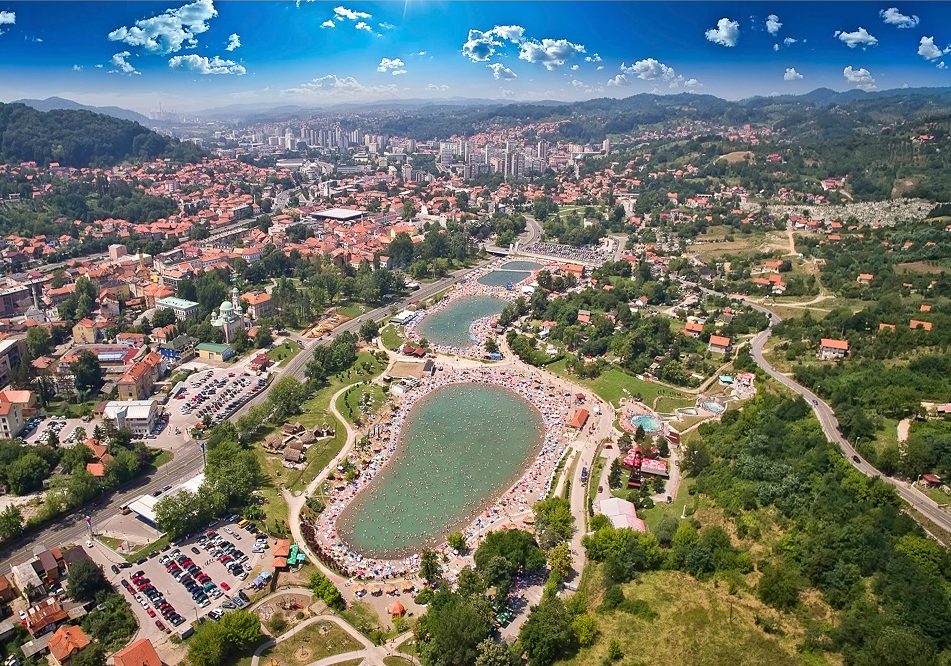 Editorial Board of the In Your Pocket Guide added Tuzla to its 21 off the beaten path European destinations for 2021.

Microcosm of Bosnia and Herzegovina

John Bills, editor of the In Your Pocket guide, argues that Tuzla should be at the top of the list explaining that “it might not get the attention afforded to Sarajevo and Mostar, but that is just the way that Bosnia and Herzegovina’s third-largest city likes it”. “A city of poetry, painting and perseverance, Tuzla’s compact and charming centre shines as its brightest star, although it is debatable how accurate the word ‘compact’ can be when that centre comes with a massive salt lake, making this the only city in Europe with a salt lake at its core. Salt has played the major role in the development of the city over the centuries so it makes sense that good old NaCl is at the forefront of modern Tuzla, through the gorgeous lakes and fantastic Museum of Salt. Throw in the country’s most convivial atmosphere, some of its best pubs and a very famous ćevabdžinica, and you have got yourself a tremendous microcosm of everything that makes Bosnia and Herzegovina so blooming magnificent“, he writes.

City on a Grain of Salt 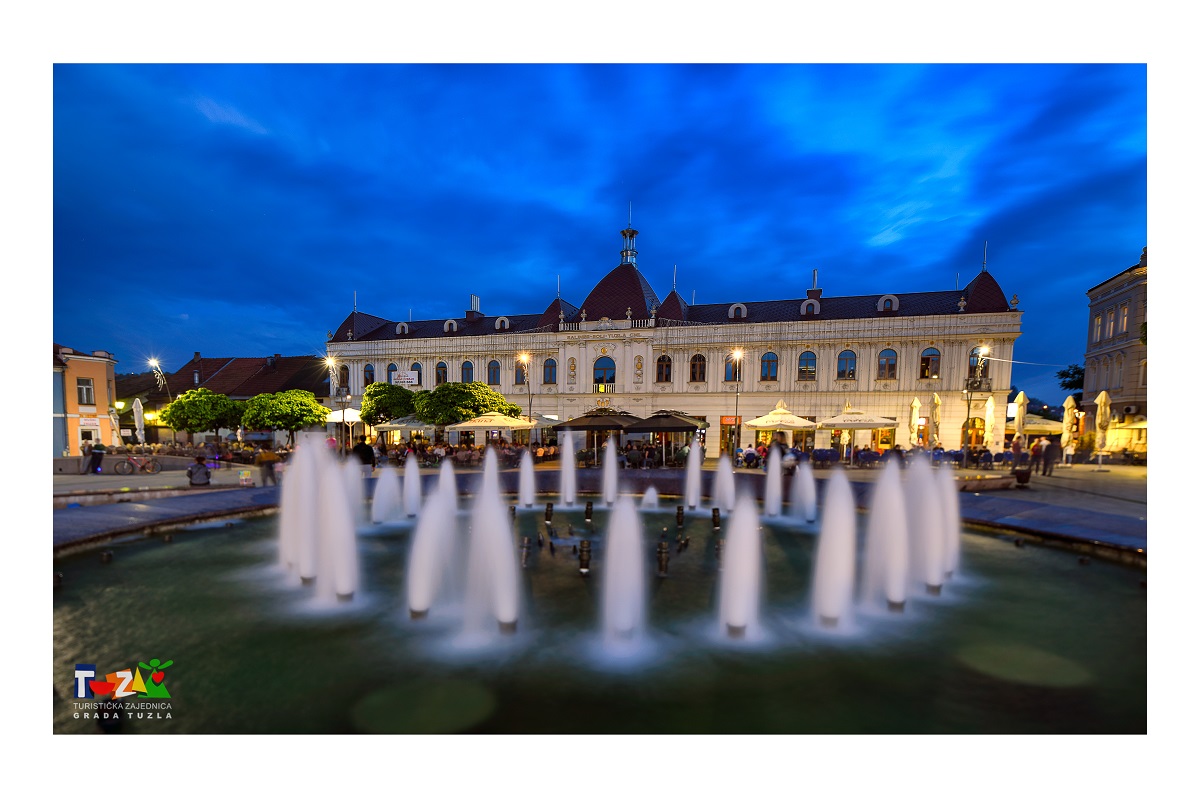 Many refer to Tuzla as the “city on a grain of salt”, and this “grain of salt” actually denotes several hundred million tons of rock salt and salty water. When the ancient Pannonian Sea retreated more than ten million years ago, it left millions of tons of rock salt deposits in this region. Over time, the city expanded and changed, but its name remained salt-related. Remnants of the Pannonian Sea are still visible in the heart of Tuzla—the Pannonian Lakes Complex, which is a unique tourist attraction in B&H and South East Europe. Tuzla is the only city in Europe that has salt lakes and the only city in the world that has salt lakes, swimming areas and beaches in its centre. The City of Tuzla won the 2012 UNWTO ULYSSES AWARD, the greatest accolade of the United Nations World Tourism Organisation for innovations in tourism. The Pannonian Lakes Complex comprises three salt lakes, saltwater waterfalls a “Neolithic Stilt House Settlement” and a geological museum collection called “Pannonica”, children’s amusement park, and a large number of catering, cultural, and entertaining facilities. The Pannonian Lakes regularly obtain the Blue Flag certificate in compliance with standards set to promote sustainable development in freshwater and marine areas. The standards were modified to reflect the new circumstances relating to the Coronavirus pandemic. In these challenging times, the lakes are the go-to location for visitors to enjoy some quality rest and relaxation without worrying about the risk of contracting the virus.

The largest and loveliest square in B&H—the Freedom Square—is a place where the people of Tuzla and tourists alike meet up and relax. A large fountain adorned with ornaments from medieval tombstnes carved into marble slabs occupies the square centre. there is another square not far from here—the Salt Square—which is an open air museum of sorts. It features a collection of items from the Neolithic and the Ottoman Empire, conserved remains of an old salt well, and a central replica of a fountain made in the style of a Neolithic dish for boiling salt which shows how salt used to be produced back in the day and displays Tuzla’s multi-ethnic tradition. The Salt Square is located in the historical heart of the city around which dozens of narrow streets paved with granite slabs, always brimming with life and energy of its youth, are lined up. The city centre offers visitors several green oases: the City Park, the Salt Spa Promenade, and the Ilinčica Park, enabling them to escape from the hustle and bustle of city life. The old city quarter, the well-preserved “čaršija”, is dotted with cosy cafés perfect for thinking about the impressions the city made on you and the impressions it is yet to make! The Central City Park, which is linked with the Pannonian Lakes by a pedestrian bridge, includes a monument dedicated to Tvrtko I Kotromanić, the first Bosnian King, and a stone obelisk with the Charter of Kulin Ban inscribed on it.

City of Culture and Sport

With each step they take, culture lovers and sport fans will discover that there is something worth exploring! Visit the Tuzla International Gallery Portrait housing a collection of more than 5,000 works of art, and the “Ismet Mujezinović” Atelier exhibiting the works left behind by one of Bosnia and Herzegovina’s most important artists and academic painters. The best way to experience culture in Tuzla is to attend performances at Tuzla National Theatre, the oldest theatre in B&H, and a wide range of cultural events such as “Cum Grano Salis”, “Interbifep”, “Kaleidoscope” Festival, “Summer in Tuzla”, Tuzla Theatre Days, Tuzla Film Festival, Biennale of Miniature Art, “TKT” Cabaret Theatre Fest, Sevdalinka Festival, “May Flower” Children’s Song Festival, etc. Tuzla is a city of sports, too. One of Tuzla’s better-known brands is the “Freedom” Workers Sport Association. Founded back in 1919, it certainly shows that only the things we truly appreciate can really last.

Its guests and visitors say that Tuzla is a city that captivates and wins people’s hearts and minds with its warmth and openness to all people. In Tuzla, you will enjoy a variety of culinary delights because there are traditional Bosnian and international dishes everywhere you turn. However, there is no other place in the world quite like Tuzla. While they revel in various culinary specialties, visitors are treated to unique views of the salt lakes in the heart of the city!

Visit the City of Tuzla Tourist Board’s Tourist Info Centre situated at the Salt Square to get the info you need about all the places to see and experience in Tuzla. The Centre has all the info about the city’s tourist offer, available accommodation options, current events, sightseeing passes, and souvenirs. 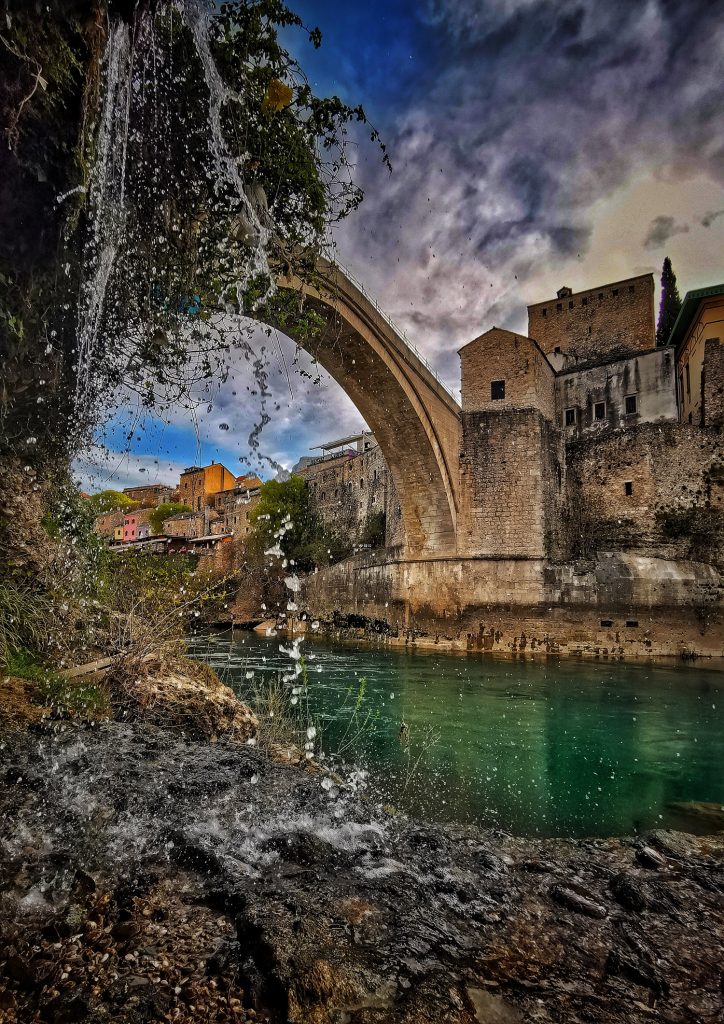 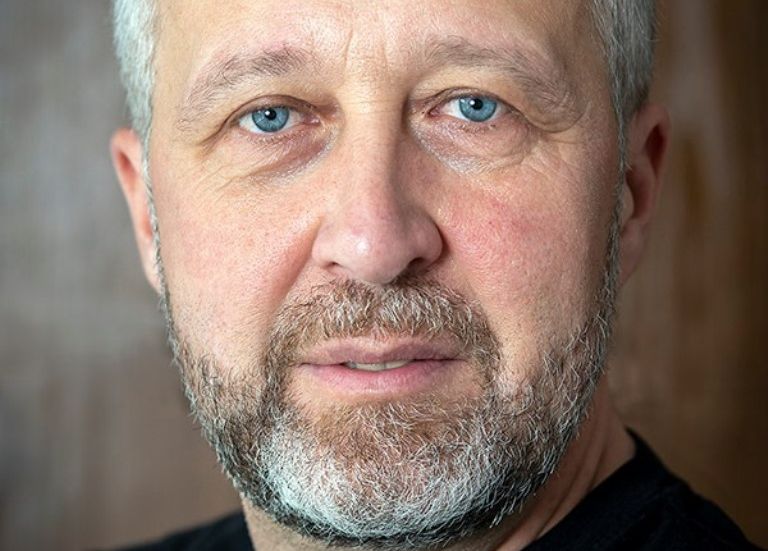 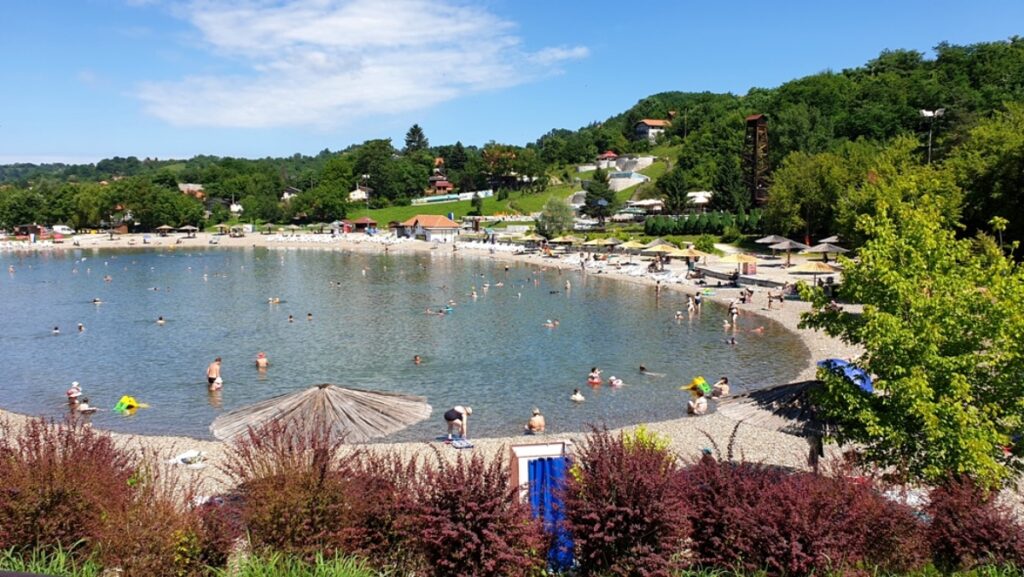