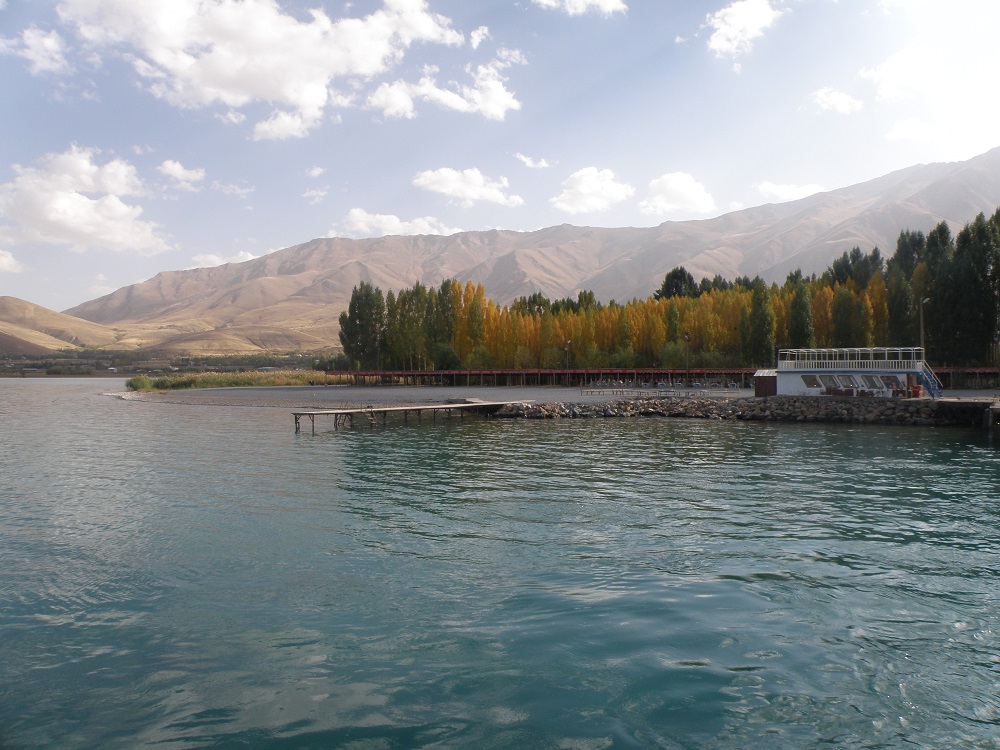 Van – Entrance to a fairy tale

It is a city with a large sea-like lake, legendary tales and rich history, also known for its unique breed of cats, beauties with white fur.

Situated in Eastern Anatolia, at 1750 metres above sea level, Van has around a million inhabitants. History remembers it from the times of kingdom Urartu, which existed in the centuries before Christ. However, each civilisation that was present in its past left significant traces, which is why the heritage of the city is so significant.

The main marking of the region is Lake Van. Local inhabitants refer to it as the sea, due to its vast volume. It was formed after a volcano eruption on Mount Nemrut, when lava blocked the drainage of water which flowed from surrounding mountains, creating a large lake with no way out. Due to its salty, alkaline water, there is no living life in it, except for fish locally referred to as Inci kefali from the carp species, which managed to adapt to it. However, during spring, it migrates and spawns in surrounding fresh waters. Legend states that Lake Van also has its own monster – Incoi, and witnesses tell of a sea monster that is 15 metres long, with spikes on its back. The lake is allegedly also visited by angels, who come there to enjoy swimming in the crystal- clear water, where the colours spill over, changing from green to dark blue, even orange at sunset, when the sun reflects on its peaceful surface.

The lake has a few islands, with the most famous one being Akdamar Island, about a 20-minute boat ride away. There is an Armenian church there, built between 915 and 921 B.C. The motifs carved into the outer walls tell Biblical stories and represent scenes from life at the palace, as well as figures and scenes of hunting. Legend states that a beautiful young woman called Tamara lived on the island. Her boyfriend would swim to the island to see her each night, but one stormy night he lost his battle with the waves, and the wind blew his last sighs to Tamara which sounded like “Ak, Tamar”. And that is how Akdamar got its name. Official historical data testifies of the existence of an Armenian patriarch, who built a church on this island with painted motifs from Biblical stories and everyday life on its walls.

A „giant“ from the past

Hosap Castle once used to be an important centre of local administrative rule, and today it is a small village located on slopes. It was built in the 17th century and girded by large and thick walls protected by 40 towers. On the ground floor, there used to be a hammam, and servants’ rooms, while the castle also had separate rooms for women and men, a mosque, and jail with dungeons. Legends say that the hands of the architect who designed the palace were cut off, so that he would never be able to make such a beautiful palace again.

The palace on the Silk Road

Anatolia is full of palaces and buildings from Ottoman times. The prettiest and most significant is Ishak Pasha Palace, which is situated on the Silk Road, on the borders of Turkey, Iran and Armenia. Its construction started in 1685 by Colak Abdi Pasha, and it was completed in 1784 by his son Ishak. Therefore, it took a full 99 years, as there were 366 rooms to build, harems with several rooms with large windows and tall furnaces, a mosque, gardens and roofless halls with beautiful arches behind which grandiose minarets could be seen.

Ark in the heart of Mount Ararat

Twenty-five kilometres from the palace, the mythical Mount Ararat rises, i.e. a dormant volcano and only world mountain of such a height, which stands on its own and does not belong to any mountain chain. However, it is even more famous for the assumptions which in recent times have scientific backing: that after the Great Flood, it was here that Nuh p.b.u.h., or Noah as he is known in Biblical terms, disembarked from his ark.

The Van cat is known across the world for its beautiful white fur and differently coloured eyes. One eye is yellow, and the other eye colour varies from light blue to green. It is also unique for its love of water and it likes to swim in the lake. This is a protected species and you cannot see it anywhere other than the Van Cat House.