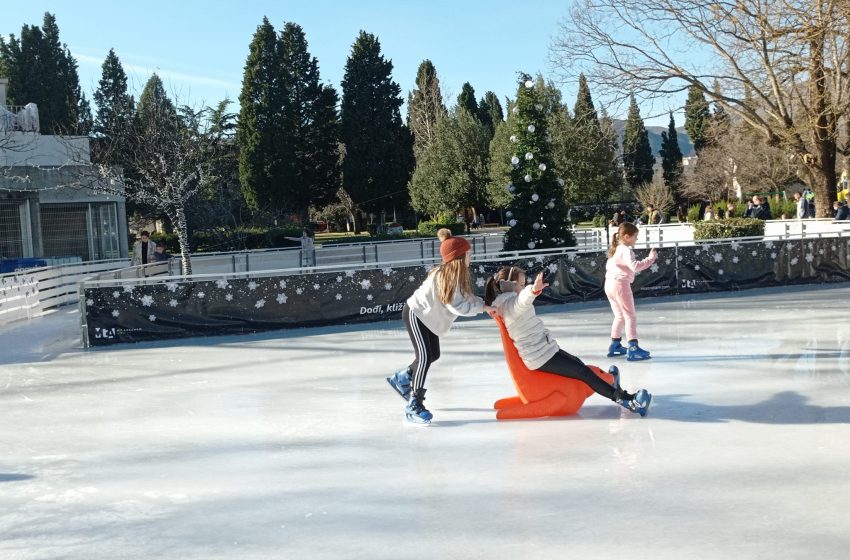 Winter in Mostar – Advent, Concerts and Ice Rinks for a Dazzling December

What does Mostar have that other cities don’t? We would say – Everything.

So let’s start with the glittering medals on its lapels. And we can also call them jewels in the crown. The important thing is that they are brilliant.

On one medal, the one from London, it says Award for one of the ten most desirable cities in Europe. Our Mostar was awarded by Wanderlust, the most important British travel magazine.

So Small, yet So Big

In the Spanish city of Santiago de Compostela, it was awarded the Iter Vitis 2022 award as the best wine city. According to the respected Spanish newspaper El Pais, the Old Bridge took a high fourth place on the list of the most incredible bridges in Europe.

Mostar was included in another prestigious list by the great CNN. Namely, Mostar is on their list among the 15 most beautiful small towns in Europe. Ours, big, although small.

The specialist travel magazine Conde Nast Traveler presented its list of the most underrated cities in the world, putting Mostar on it with the description “a city of relaxed energy with a mix of Ottoman and Austro-Hungarian architecture”.

And all of that is Mostar. Such as Mostar with its cobblestones and alleys, its Old Bridge and lesser-known bridges and bridges that connect the banks of the Neretva and the people on its banks.

The storm, the sirocco, the water and the stone.

And nothing in that Mostar in white Herzegovina is like in Bosnia. Neither summer nor winter. Especially not winter.

When the Going Gets Tough, the People from Mostar Get Going

The people of Mostar say that on those few days when it snows, they recognize for the first time who is a real citizen of Mostar, and who came to the city on the Neretva from some not so warm regions. The former slide, slip and fall, and the latter, in the eyes of the former, walk as if nothing is happening. None of this is strange if you know that Mostar is the warmest city in Bosnia and Herzegovina, and along with Athens, the European city with the most sunny days a year.

Mostar’s last big storm was in 2012, when 88 centimeters of fallen snow was measured on 5 February. The snowstorm lasted a full 60 hours and completely paralyzed life in the city.

For a long time, Mostar was a city that mostly lived during the summer. Streams of tourists flowed through its streets. In winter, without snow and quite warm, it was not attractive to tourists. Even craftsmen closed their shops in the old town center, and jumpers had no one to jump for.

But things are changing here too. A lot of work was done on additional contents.

The traditional Advent event in Mostar began on 27 November with the lighting of the first Advent candle and a special concert by the Husar sisters. The people of Mostar value their artists and cultural workers, so Karmen Obrdalj, a young director from Mostar, was the main person responsible for how that great evening looked.

More than 30 Advent houses and a gastro corner already started their work in the first days of December, spreading happiness, joy, music, lights and enticing smells of cinnamon, donuts and citrus peels in the city.

There may not be snow, but there will be ice rinks. A great duo in the park – an ice rink and a fairy tale for children, should attract a large number of visitors.

As of 15 December 2022 to 1 January 2023, the musical mosaic of Advent events will have as many as 44 different contents. The organizers say it is the richest program so far. Every evening from 7 pm to midnight there will be a non-stop concert on the big stage, with at least two bands, which guarantees that Advent will be rhythmic, lively and moving.

Great names will take turns on the stage in the park in Mostar – Ivan Zak, Ivan Rajič and the band “Teška tema”, as well as the band “New Primitives”. There will be something for those who like a different kind of music, so the Mostar folk orchestra will take the stage, as well as tambura players, DJs, rock and pop bands, tribute bands, klapa groups and more. Of course, the youngest will not be neglected.

For New Year’s Eve, the program will be opened by the group Gabriel, after which Željko Bebek will perform. The people of Mostar will literally “dance” into 2023 with him.

A day later, the people of Mostar and their guests will be entertained by the musical sensation Adi Šoše and the group Twist.