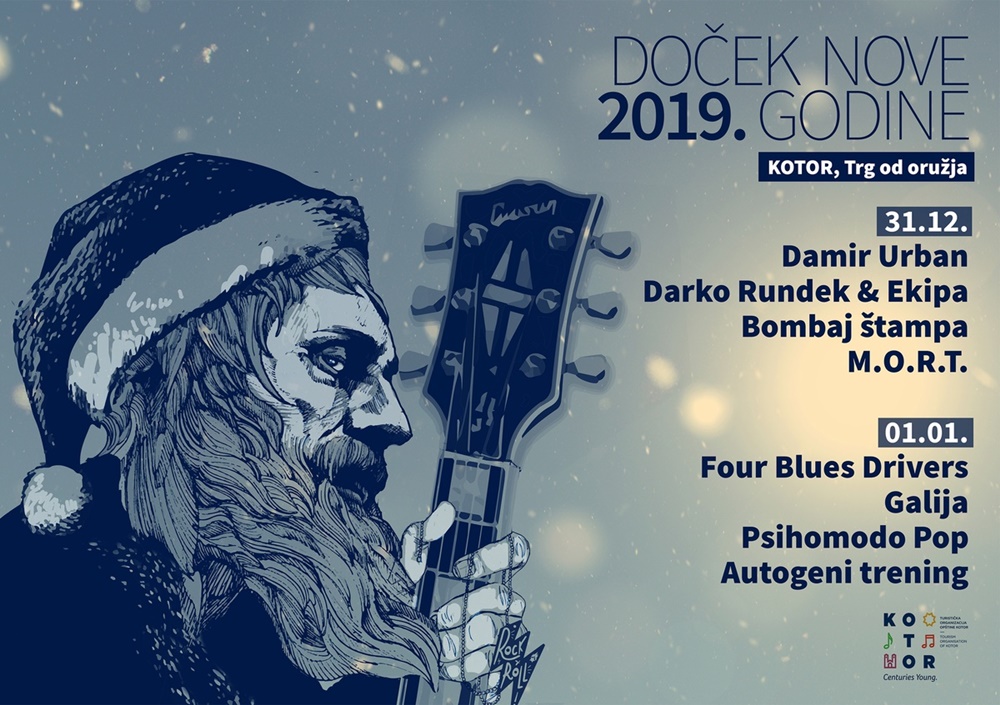 Renowned names on the regional and B&H rock scene—Damir Urban, Darko Rundek & Ekipa, Bombaj štampa, Psihomodo Pop, Galija, Four Blues Drivers, Autogeni trening and M.O.R.T.—will perform in Kotor during the New Year holidays. Kotor was the first town in Montenegro that organised an outdoor New Year’s Eve celebration in 1997, and for the second year in a row it organises the Rock New Year party.

A festive rock show at Kotor Square of Arms will start with a concert performance by a rock bank from Sarajevo founded in 1982 called Bombaj štampa. Its lead singer, actor and director is Branko Đurić Đuro who is famous for musical hits such as Bolje letim sam, Uzalud me podsjećaš, Mrak i ja and many other hits too.

Darko Rundek, a musician from Zagreb, remembered on the Yugoslav musical scene as one of the founders of Haustor band during the late 1970s, and Ekipa band will perform a multi-instrument show which includes the songs they created over the course of 40 years. The repertoire will include hits such as Šal od svile, Šejn, Ena, Bi’ mog’o da mogu, and later Makedo, Apokalipso and many other songs all generations hold dear.

Damir Urban, a musician from Rijeka, will give a concert in the early hours of 2019. His unique voice has been permeating the regional music scene for thirty years, from his first album published in 1993, through his work with renowned artists on the alternative rock scene to his solo performances and his highly regarded recorded concert performances. 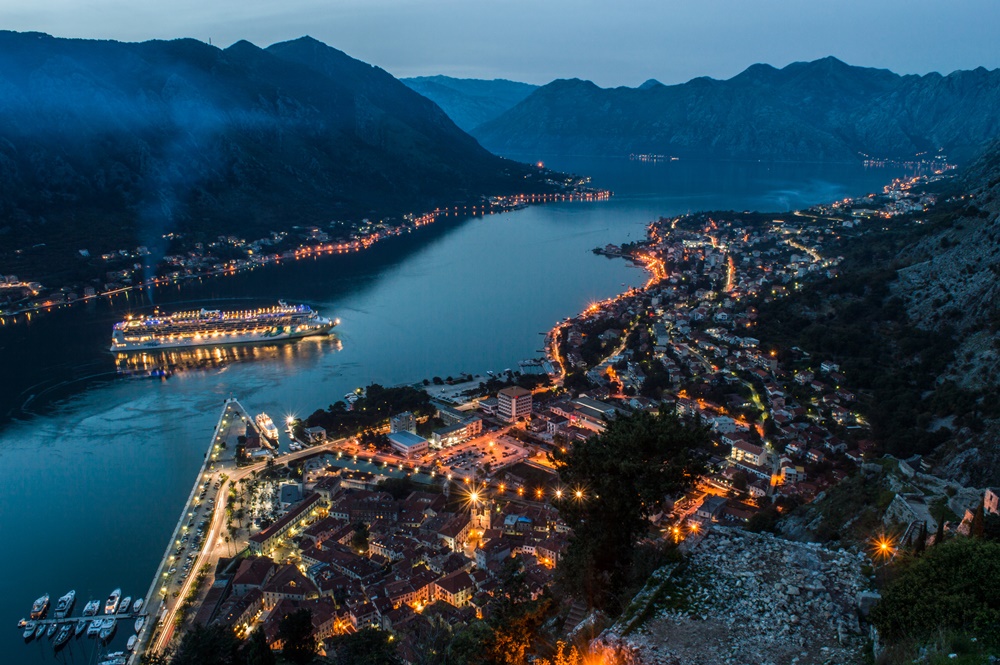 The second music evening will also include four concerts. The first to give a concert will be Four Blues Drivers, a music group from Boka. Performances filled with energy achieved by top-class music-making, which synthetize the best of classical rock and the standards discreetly set by blues music, are the base for events always loved and enjoyed by the audiences.

More than four decades in the music business have made Galija, a band characterized by a unique progressive sound, and its songs known to all the generations living in the Balkans. Fourteen studio albums have contributed to the band’s popularity as well as compilation albums and the largest studio and concert performances, including hits such as Stare trube, Još uvek sanjam, Da me nisi, Skadarska, Uzalud se trudiš, and a hit dedicated to the city they will be performing in now, a hit they will perform here for the first time—Kotor.

Thirty-five-year career of the Croatian rock band Psihomodo Pop, one of the most distinctive ex-Yu pop punk bands, has made it known for its uncompromising sound and unique and memorable stage performances. Their audience always sings along to the unforgettable hits such as Frida, Ramona, Ja volim samo sebe. Also, the band has published 15 studio albums and its lead singer is Davor Gobac, painter, known for playing numerous roles in television shows and in films.

The last concert performance belongs to the Montenegrin band Autogeni trening which has successfully resisted the challenges on the local music scene and uncompromisingly kept the quality of sound and the sharpness of lyrics that send strong messages in Mulj, Raskrsnicu, Ljubav i izgaranje and in many other songs that describe people’s problems and challenges in the world today.

The program is organized by Kotor Tourist Organization. Admission is free.