After over ten years in leadership roles at L’Oréal Paris, he took over a managerial role in tourism, doing his best for Sarajevo and his country 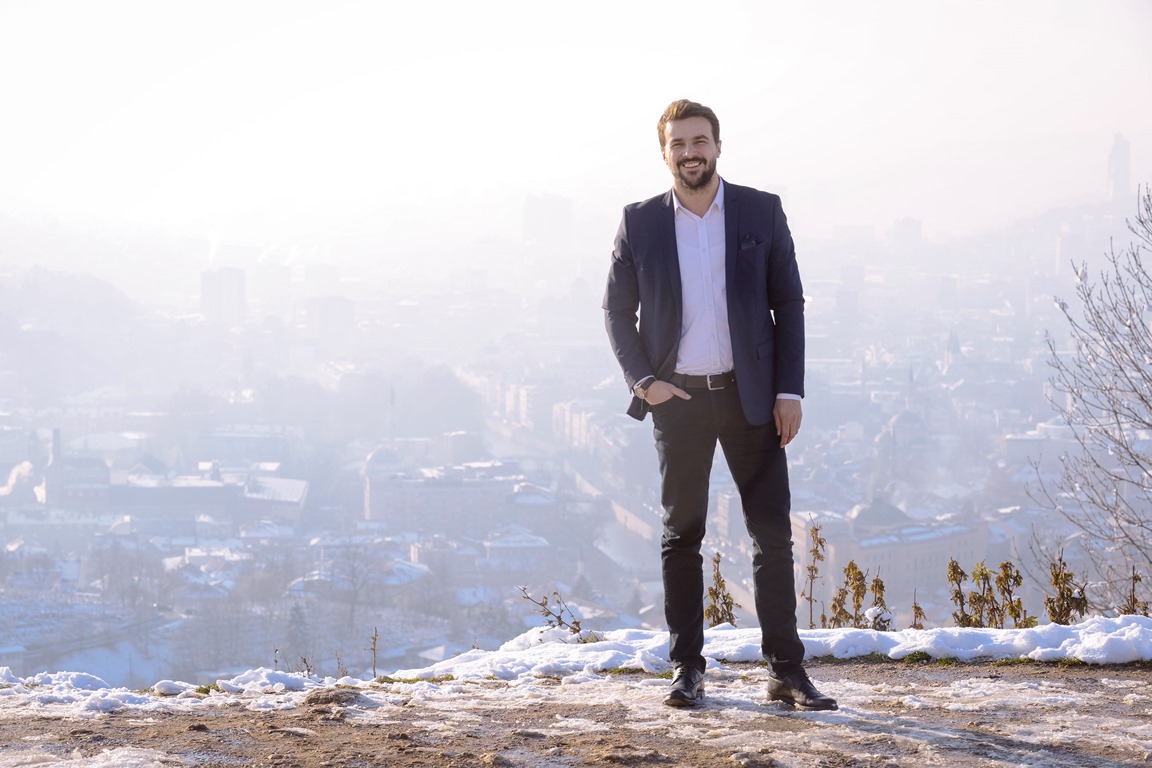 Used to old-fashioned concepts of how they view economic development, Nermin Muzur, director of the Tourism Association of Sarajevo Canton, is correct when he says that many citizens still find it hard to believe that tourism in BiH can make a serious contribution to economic growth.

“Tourism, which always had potential, by now should have been our reality, from which we derive large profits. The best indicator that this is the fastest-growing field is reflected in the fact that from 10,000 newly employed people, over 60% work in tourism and hospitality in Sarajevo Canton”, explains director Muzur, who along with his small team of employees has been working intensively on the promotion of cultural and historical sights of this region, with significant results in less than a year since the newly-formed Tourism Association of Sarajevo Canton began work.” 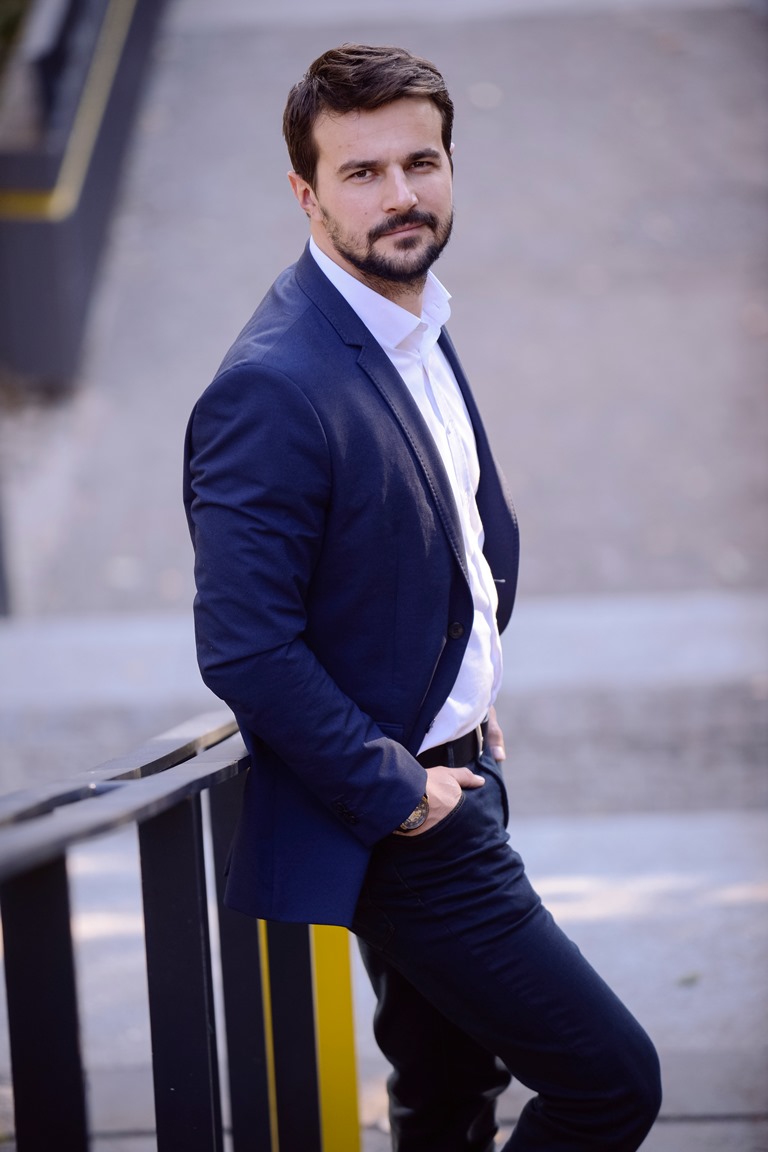 “We are trying to simplify the visa regime for a considerable number of countries in cooperation with authorised institutions, especially for China and Arab countries, as that would certainly contribute greatly to economic growth and tourism. An increase in the number of tourists from Far East Asia has been recorded, therefore, it would mean a lot to us if visa facilitation agreements were in place – i.e. establishing one-month tourist visas and having them issued with a simplified procedure. Negotiations between the Council of Ministers and the Government of China are at an advanced stage. Serbia and Montenegro, who have already done this and have had good effects, are also trying to quicken the procedure for BiH, as tourists are interested in our country and, of course, when they come from far away, they want to visit the entire region. This story will be finalised, that’s the plan, in the upcoming period, and change the configuration of the number of incoming tourists.”

Let’s take advantage of our resources

When visiting world tourism fairs, what kind of reactions do you encounter?

“The Tourism Association of Sarajevo Canton has made the promotion of Sarajevo Canton its priority, i.e. we promote BiH, and Sarajevo, as its capital and tourist destination. We have decided to take its promotion to the next level, and our focus is on developing cooperation between the public and private sector. Therefore, we have been to fairs in Riyadh, Dubai, Taiwan, and in London, and this month there will be Izmir, we get a lot of tourists from there in BiH. Because of that, it’s important to present Sarajevo Canton over there even better to attract more tourists. We visited Taiwan, because we recognised that the Asian market has the biggest potential in the upcoming period. We are very happy with the response and interest in BiH, and with how familiar the people over there are with BiH, the ones that have already been here. We’ll try to unify all the tourism associations from BiH at one promotional booth, as interest is on the rise, which means more intense promotion is required in order to capitalise on the potential.” 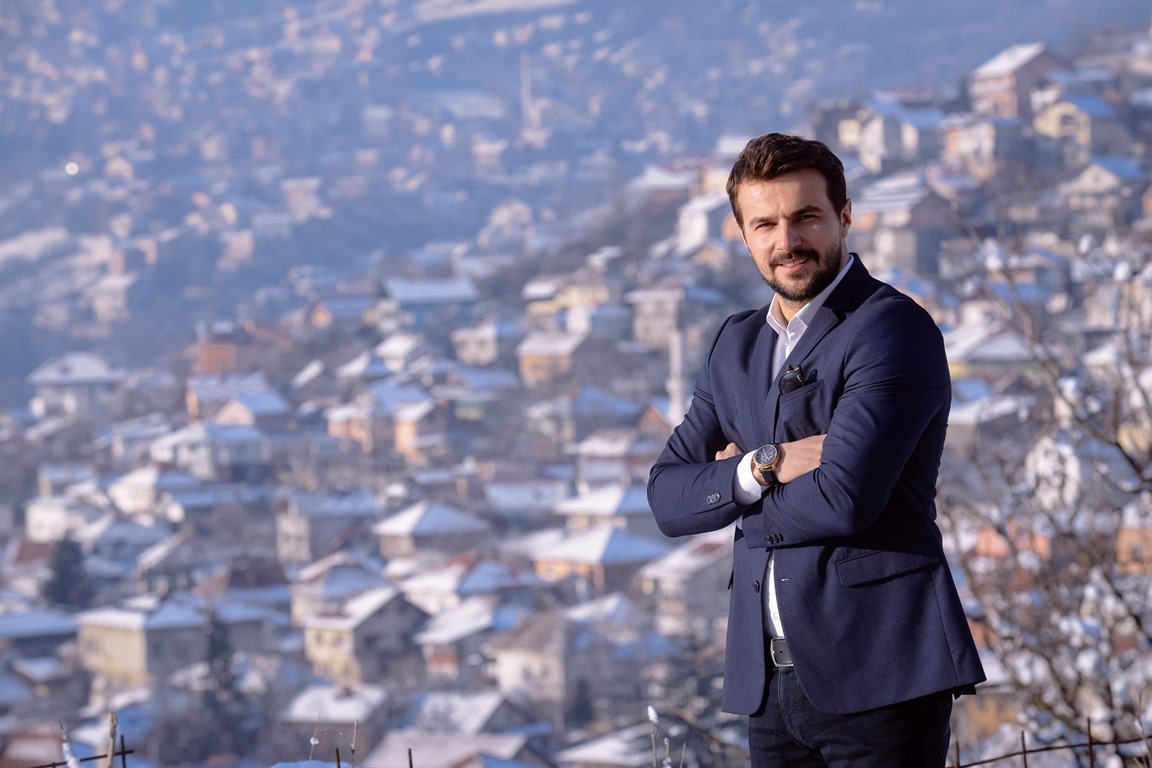 Who is most interested in Sarajevo, including the Sarajevo region?

“The Tourism Association of Sarajevo Canton has been keeping a database, which has been electronically tracking the check-in of guests in the city for over six months. Based on this information and the data from the Bureau of Statistics of Sarajevo Canton, it can be said that when it comes to European countries, the highest number of tourists come from the Republic of Turkey, while when it comes to non-European countries, Saudi Arabia and the United Arab Emirates take the lead. Then there are the countries of the region, where Croatia is singled out. The overall number of tourists in Sarajevo is constantly on the rise. In the three months of the summer season, we had growth of 26%, compared to the previous year. That trend has also continued in the months following the summer season, recording growth of 13 to 15%, which in the context of the world trend is a very good average.”

What interests tourists the most?

“In the peak of the summer season, the Tourism Association of Sarajevo Canton made a pilot project, surveying over 1000 tourists from all over the world in Sarajevo. The motives for coming to Sarajevo for 74% of tourists were for a holiday and relaxation, while 58% stated that they wanted to get to know the culture and cultural sights. 90% of them were happy with their stay in Sarajevo and were prepared to recommend it to friends as a potential destination that they should visit. The things that they weren’t happy with relate to, for example, the road infrastructure and heavy traffic. What’s also interesting is how they found out about Sarajevo: over 60% of them via the internet, then by recommendation from friends and family, and 10, 11% arrived through travel agencies from BiH or their country of origin. We’ll continue with surveys to get a better idea about tourists, who also think that it is very cost-effective to come here.”

We have what it takes for all types of tourism

“BiH is one of the rare countries, and Sarajevo is one of the rare cities, which have potential in all spheres of tourism. Apart from cultural, historical and natural wealth, we have an excellent cuisine offering and ideal prerequisites for the development of mountain, i.e. winter tourism, which is already „awakening“ at Bjelašnica, as well as religious tourism. There are also realistic ideas about the development of health tourism, if we take into consideration that even from the time of the Illyrians and Romans, Ilidža was known as a famous healing spa, and taking into consideration that in many other fields of medicine, such as popular aesthetic surgery, we also have outstanding experts. Of course, for something like that, an attractive offering has to be made, which would be adequately promoted at all tourism fairs. The requirements for congress tourism are also being developed, as in recent times, just in the Sarajevo Canton area, two or three hotels with large congress halls have been built, and it’s also impossible to imagine visiting the capital without seeing its Tunnel of Hope, which is part of the war route and war tourism. Each of these types of tourism need to be established and developed individually.” 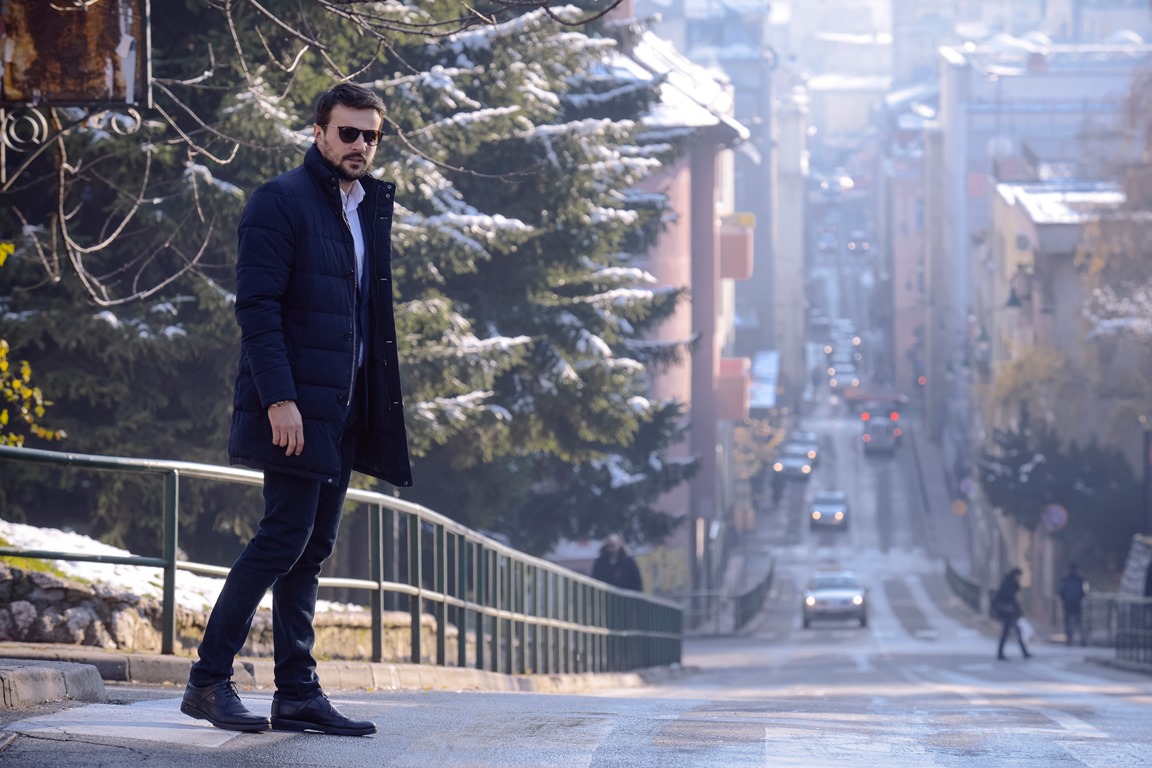 Is it economically justified to organise a pompous celebration for New Year’s Eve?

“There are two arguments for why that should be done. With last year’s celebration of New Year’s Eve, we let the world know that Sarajevo is a metropolis that can hold an outdoor event for one hundred thousand people without a single incident; a world-class event after which, within two hours, the city was clean and accessible again. In that way, we raise consciousness about Sarajevo as a tourist destination and brand. If we want to talk about tourism and increasing the number of tourists, we have to be persistent on that field. The indicators that the organisation of such events is one hundred per cent justified are reflected in simple parameters: the number of people who come to Sarajevo, the number of overnight stays, income from tourist tax, VAT and money spent here. The goal is to „upgrade“ from last year’s exceptional New Year’s celebration, if possible. The Tourism Association has come up with a rich three-day New Year’s program, which will be a gift for Sarajevans and guests of the city. Apart from the central event – the concert of Zdravko Čolić, and the concert of Crvena Jabuka (Red Apple), among other events, on the day before New Year, the Sarajevo Philharmonic will hold a welcome concert for guests and citizens of Sarajevo in front of the Eternal Flame. The money that will be spent during those festive days, will make the investments more than worthwhile.”

Could you name some places where you felt best as a tourist?

“I worked in the private sector for over ten years and due to the nature of my work, I travelled constantly, visiting many countries. I’m bound to Paris for business reasons, Konya for spiritual reasons, and Madrid for sports. However, I’m glad that I also got to know BiH thoroughly. I’ve visited all the small and big cities.” 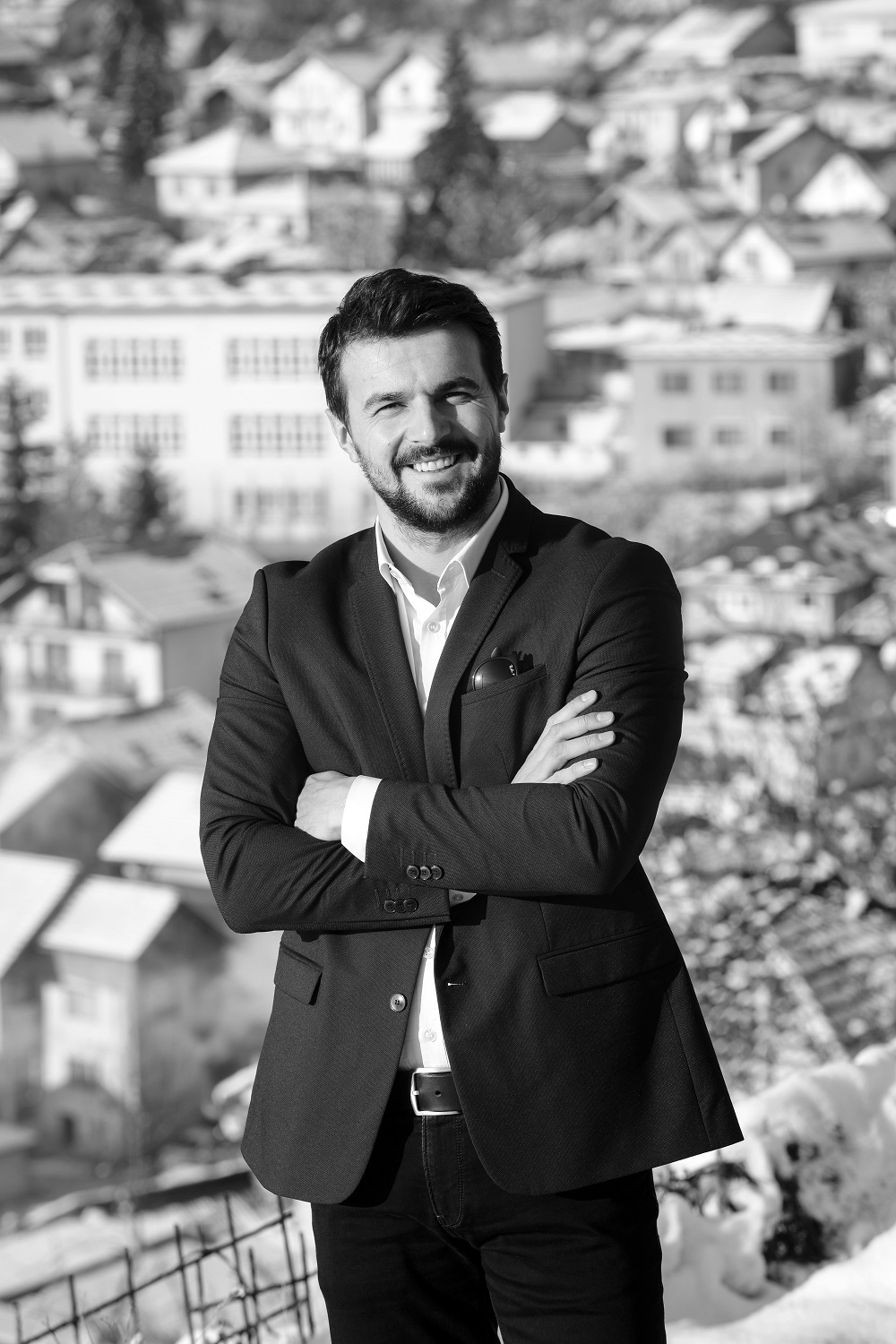 Can you remember any events worth recounting from your trips?

“There’s one that happened recently. It’s not about me personally, but it has to do with me as a citizen of Sarajevo, who loves his homeland. During passport control at the London airport, after the officer looked at my passport, she took ten minutes of her time to tell me that she had the best opinion of BiH, especially of Sarajevo, where her daughter had been last year. She had lost her bag, documents, everything she had with her, but just half an hour or an hour upon check-in, people from the bus station called her, located her in the city and brought all her belongings back to her. She told me that that wouldn’t happen in Britain.”

In conclusion, what do you think will be the highlight of the B&H capital in 2018?

–  We hope that the Sarajevan cable car will be finished in April and that it will restore the spirit of Sarajevo in a modern way. It will be a tourist attraction and refreshment for the citizens of Sarajevo. There’ll also be other smaller, but high-quality projects visible in the field of organising the city as a tourist destination. A „big boom“ in the following year could be the winter season in Sarajevo, which the Tourism Association of Sarajevo Canton can only promote in full capacity after this year.