During the aggression against B&H, in the night between August 25 and 26 in 1992, Vijećnica was hit by flammable artillery. A terrible fire broke out, destroying the entire building with around 2 million works of Nacionalno-Univerzitetska Biblioteka (National and University Library). 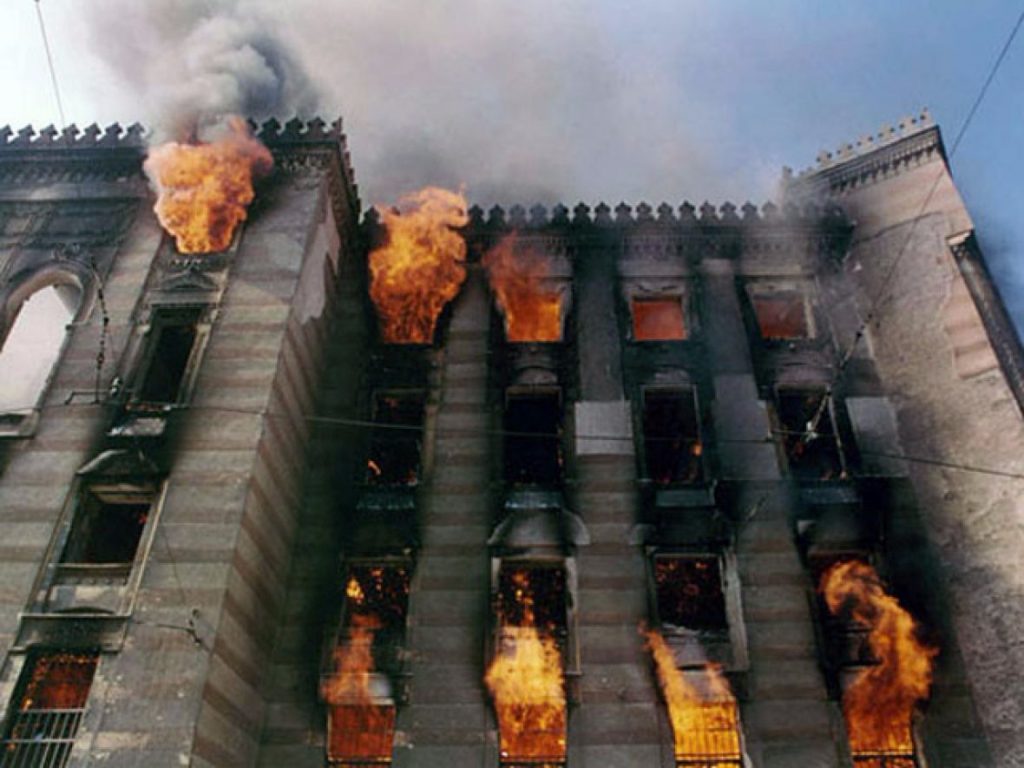 In the burnt down Vijećnica, during the wartime years, authors, journalists and publicists from all over the world would have their (evening) events, and artists would display their works. The Sarajevo Philharmonic Orchestra played Mozart’s Requiem on June 19, 1994. Jose Carreras, Ruggero Raimondi, Cecilia Gasdia and Ildiko Komlosi also performed there as solo artists. The cellist Vedran Smajlović played Albinoni’s Adagio for days out of spite in the demolished Vijećnica, sending strong messages to the world, so Sarajevo entered history with the universal power of art as a symbol of resistance to barbarity, hatred and urbicide. 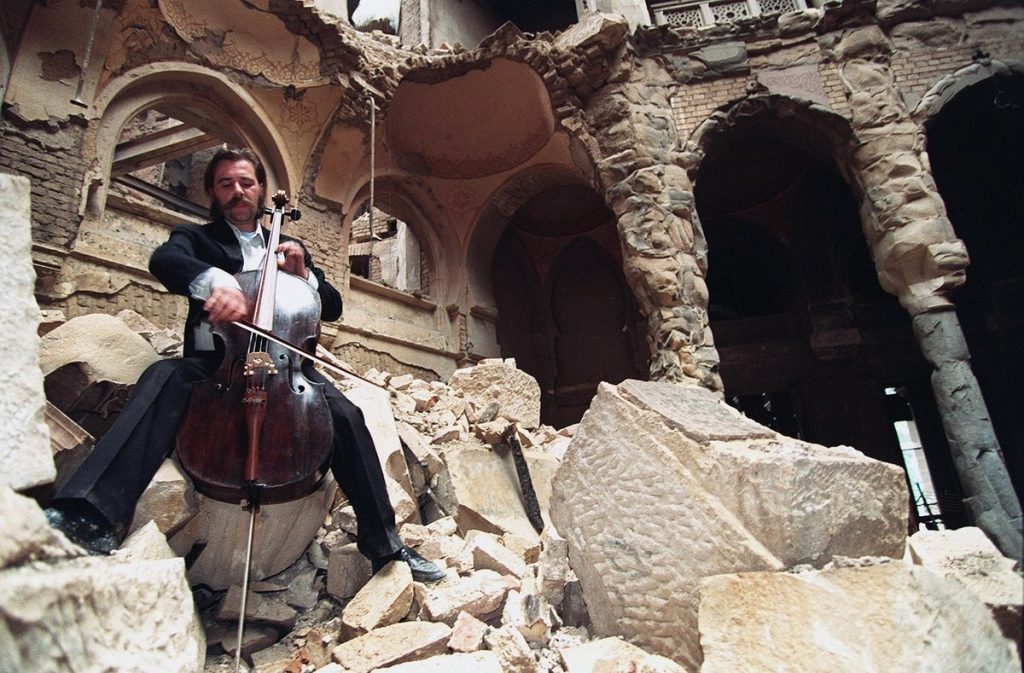 Restored based on the original documentation, prettier than ever, Vijećnica was formally opened on je May 9, 2014, on Europe Day and the Day of Victory over Fascism. 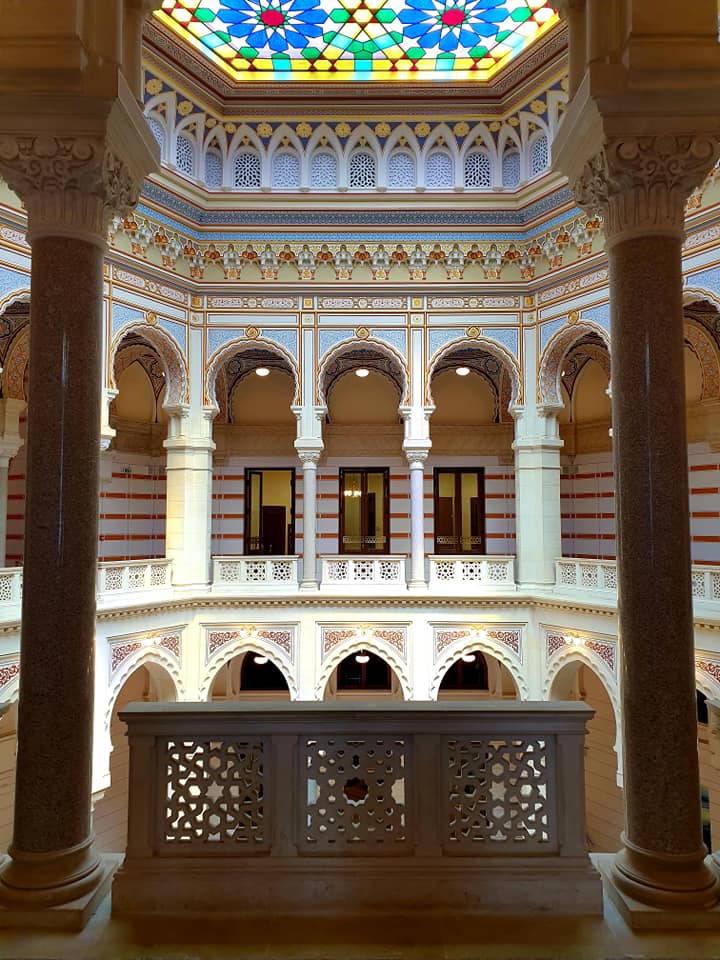 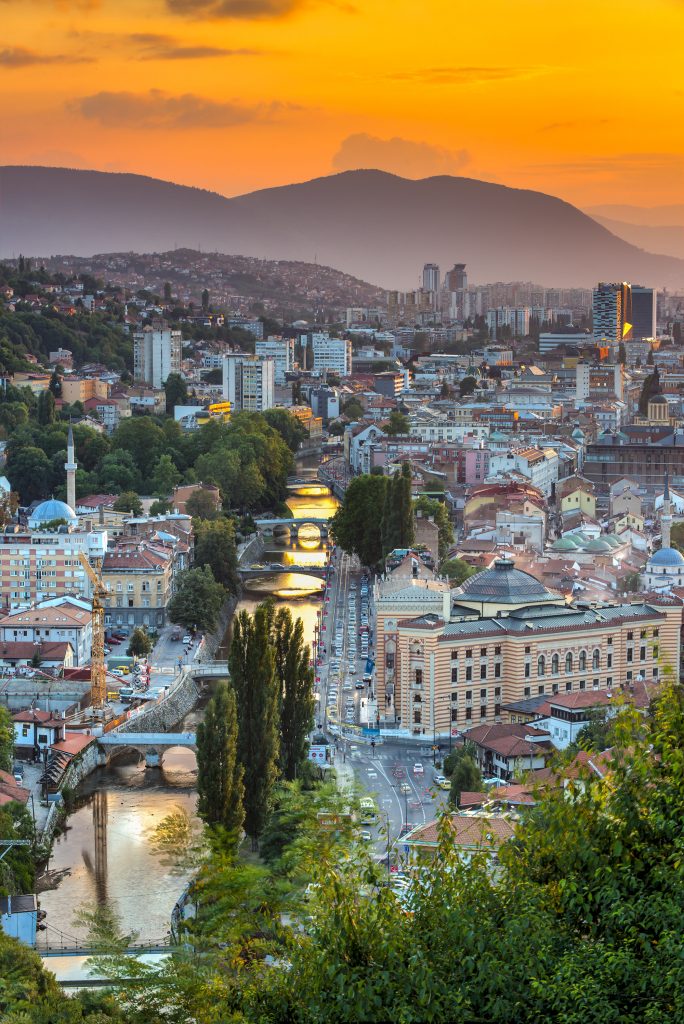