Although the influence of the Frankopans extends much further, the center of their power is in the Kvarner region, where the majority of their heritage lies 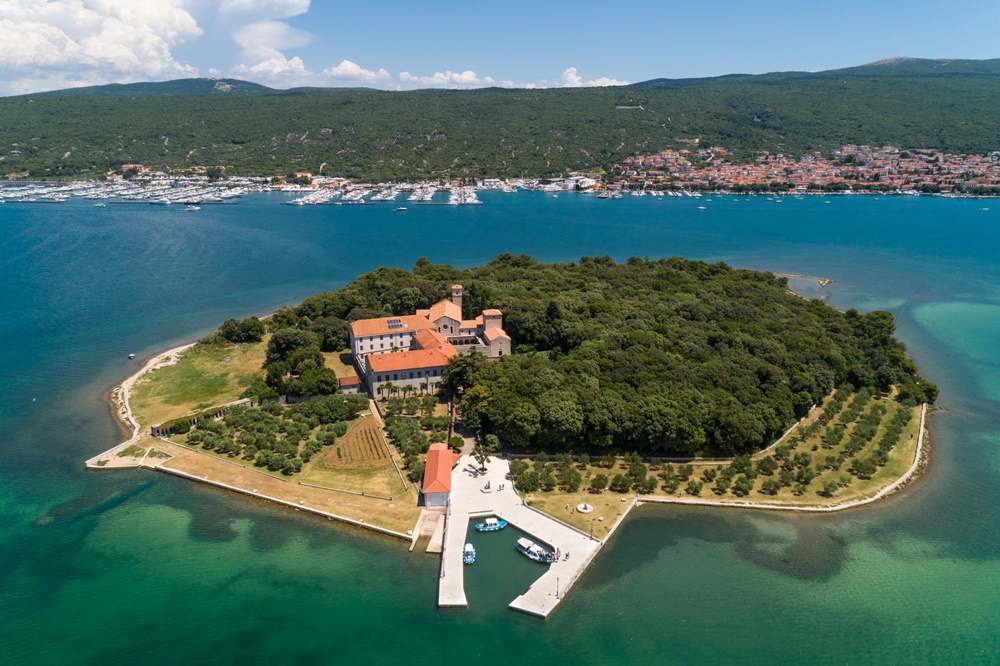 Krk’s princes, the Frankopans, have marked almost six centuries of Croatian history. The members of this noble family were the bearers of political, social, economic and cultural development of Croatia. They have left behind numerous buildings, spread across Primorsko-Goranska county in Croatia, which invoke the spirit of the past and intrigue, conflict, culture, literacy and religiousness.

Due to its exceptional value, and with the goal of restoration, preservation, protection and sustainable utilization of material and intangible heritage, the Primorsko-Goranska county launched the strategic project The Routes of the Frankopans, which includes a cultural and tourist tour of 17 castles, fortified cities, citadels and three sacral complexes. On this occasion, we visited this part of Croatia and had the honor of traveling to the time of the Frankopans through this tour with journalists from the entire region.

The Nova Kraljevica Castle was the first stop on our trip and an invitation to the rich material and spiritual heritage of the Frankopans. 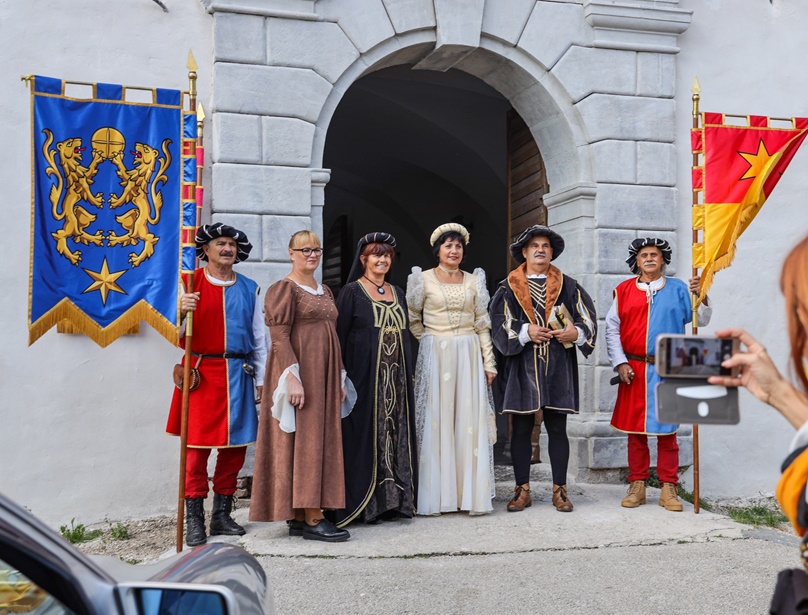 Upon entrance to this place, we simply felt as if we were sailing far into the past. We enjoyed the pleasant atmosphere and wonderful ambience, while we were given a warm welcome by Petar Kopanica, a pensioner dressed in the medieval gown of prince Nikola IV Frankopan.

Within the castle, we also visited the centers where interesting programs are held, and through an unusual interactive exhibition, we got insight into what the Frankopans were really like. 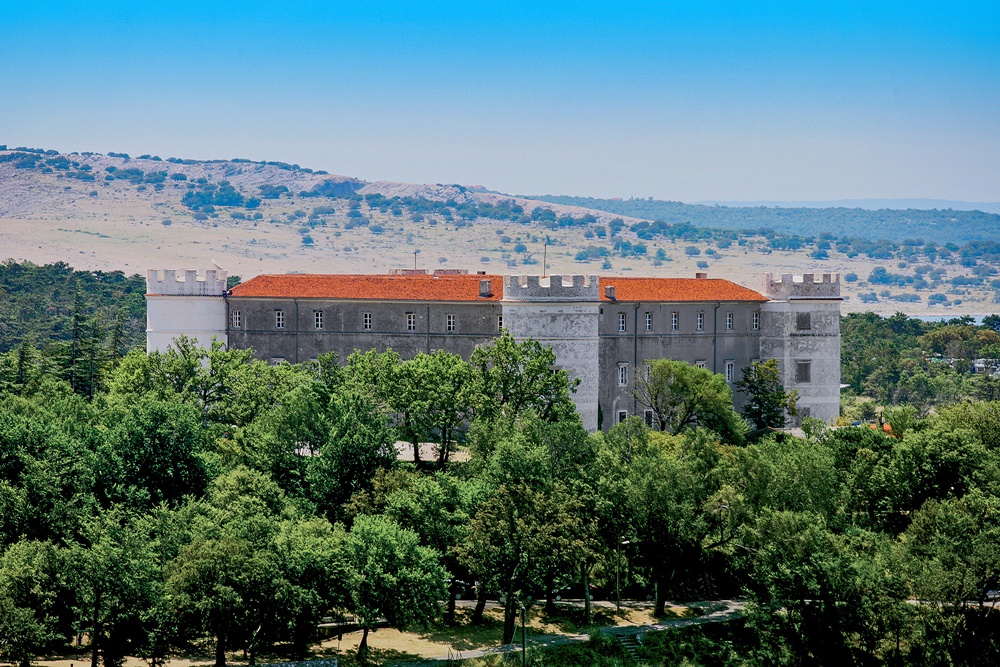 After this visit, we used the opportunity to visit the sunny Krk and explore its magical streets. The castle that the Frankopan family built for three centuries with the purpose of defending the city was an unmissable stop. On the second floor of the round tower, we started a tour of the entire castle, walking by the walls from which there is an irresistible view of all sides of the world. 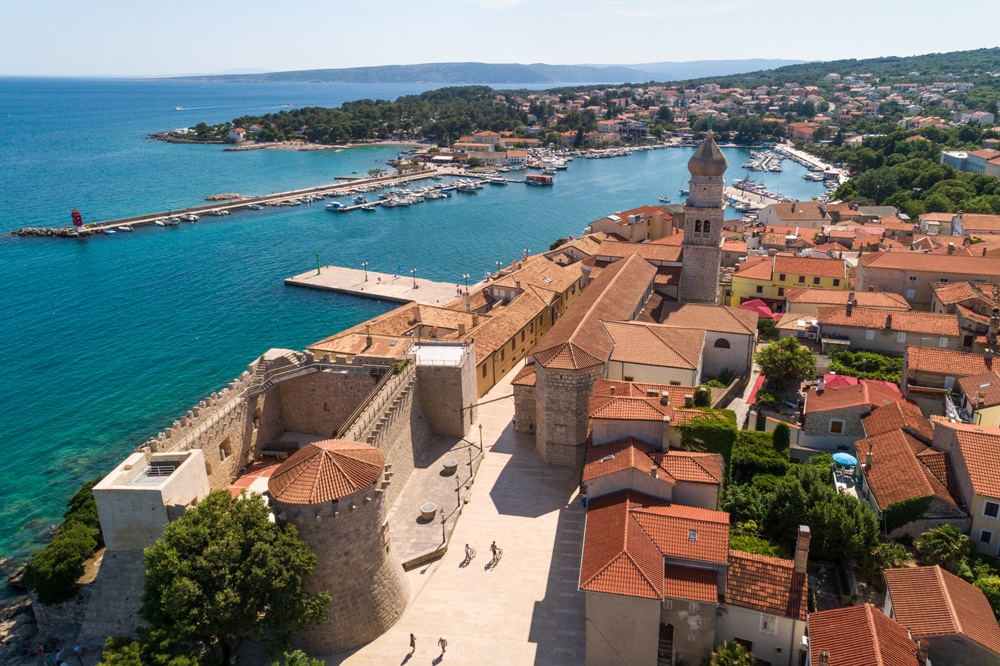 From Krk, we sailed to the island of Košljun on a tourist boat. In the center of the island, there is a Franciscan monastery with a representative Renaissance-style church and inner courtyard. Within the complex, there is also a museum exhibit, a rich ethnographic, archaeological and sacral collection, and a library. What will completely take your breath away is the nature of this island, which has over 400 different plant species. 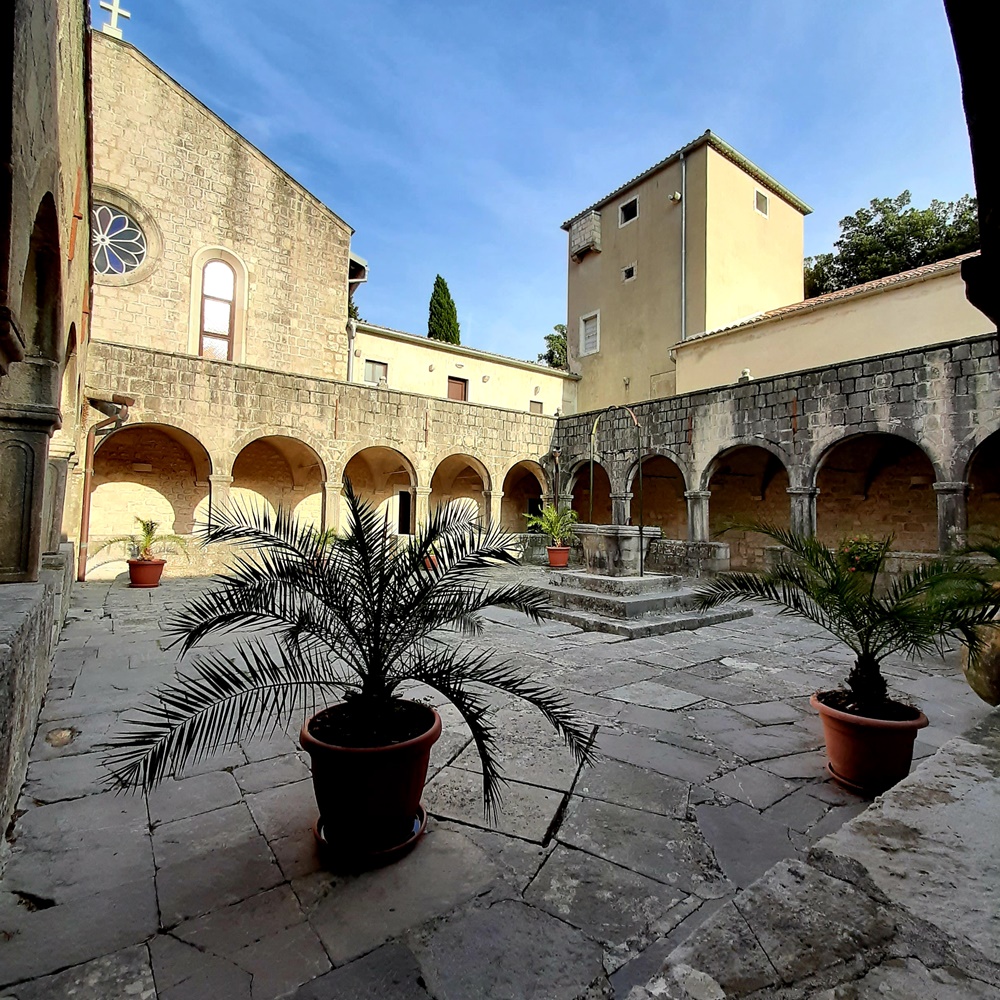 The next day of our stay in the Kvarner region was also marked by the Frankopans, and our first stop was the Gomirje monastery, the most western Orthodox monastery in Europe, located in the heart of Gorski Kotar. We were welcomed by the kind and cheerful father Mihajlo, who provided us with insight into the connection of this monastery and the Frankopans. In 1621, Vuk Krsto Frankopan erected a tower next to the monastery, which was turned into a bell tower almost a hundred years later. From here, we proceeded to the Severin Castle, where Fran Krsto Frankopan grew up, as the last male member of the family. The castle was erected in the kingdom of greenery, above the steep bank of the Kupa River, and today it is protected; it was also declared a monument of landscape architecture.

The Routes of the Frankopans also led us to the Stara Sušica Castle (also belonging to the noble Frankopan family), which even the Ottomans did not manage to conquer. For decades, this forest star of Ravna Gora has been a playground for children’s imaginations, a place to learn and socialize. The Grobnik Castle is no less fascinating, having belonged to the Frankopans from the 13th to the 17th century. There is a legend about life in Grobnik, which says that one of the Frankopans noticed a pretty commoner called Luca, who turned him down. When he ordered his men to bring her to the castle, she ran away and threw herself into an abyss. The place where she jumped from is today still called Lucinski Vir (Luca’s Whirlpool). Today you can relax here, have a coffee, and enjoy the various cultural and entertainment activities, as well as the museum exhibit.

Our last day in the Kvarner region was also in the spirit of the Frankopans. We strolled through the center of the Mediterranean city – Novi Vinodolski, and we peeked into Kvadrac, the only remains of a castle, which was erected by the Frankopans in the 13th century. This is where in 1288, the Vinodol law was written, the most significant legal document on medieval life in this region. It regulated the relationship between Vinodol and Krk’s princes and settled the conflict between them. Criminal and heritage law was also determined by it, and punishments were prescribed for theft, insults and murder. The death penalty did not exist. In the restored castle, today there is the City Administration, the City Museum and Gallery, City Reading Room and Library, and the Turnac gallery in the tower of the same name. 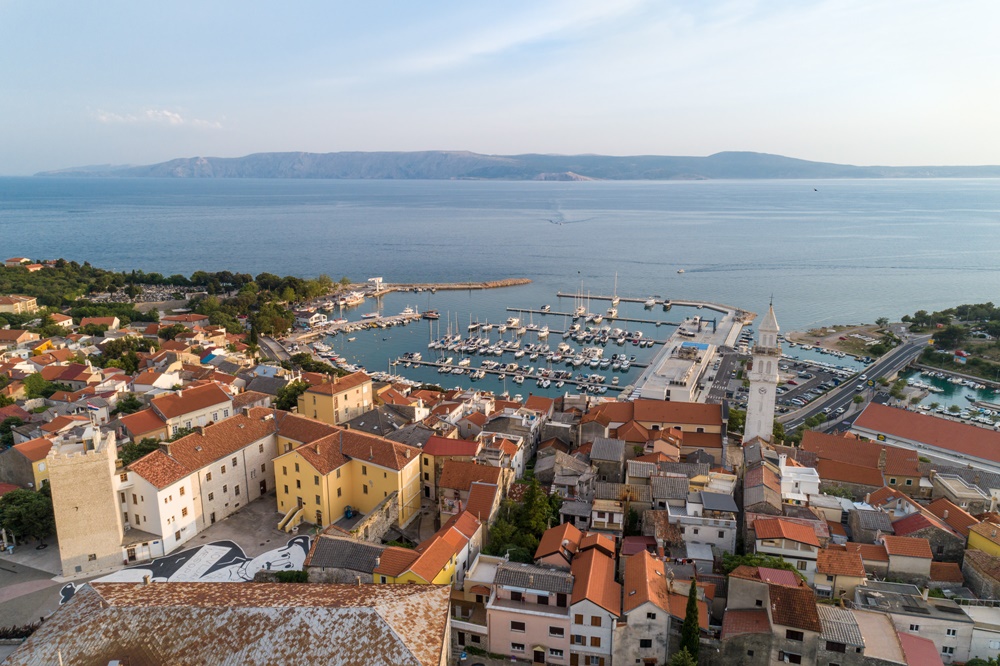 We continued on The Routes of the Frankopans and arrived at the Drivenik Castle, which was initially built out of wood, which is how it got its name. The Frankopans used it for defense and overseeing the traffic through Vinodol. From here, we arrived at the last stop of our three-day tour – the Trsat Castle, from which there is a panoramic view of the city of Rijeka. This is an ideal place for strolling, having a coffee and sightseeing; the castle which dates back to prehistoric times is especially worth visiting.

Even though we did not visit everything that the cultural and tourist tour The Routes of the Frankopans offers, we warmly recommend that you visit the Kvarner region, and that apart from enjoying the sun, sea and ideal relaxation that it offers, you also visit the heritage of the Frankopan family.