Devoted to work and continuous training, she interpreted completely different roles, revealing her preferences and showing how much she can give as an actress, now a member of the Chamber Theatre 55 (Kamerni teatar 55) ensemble, where, back when she was a teenager, she saw a play and wanted to build her career on the stage boards. 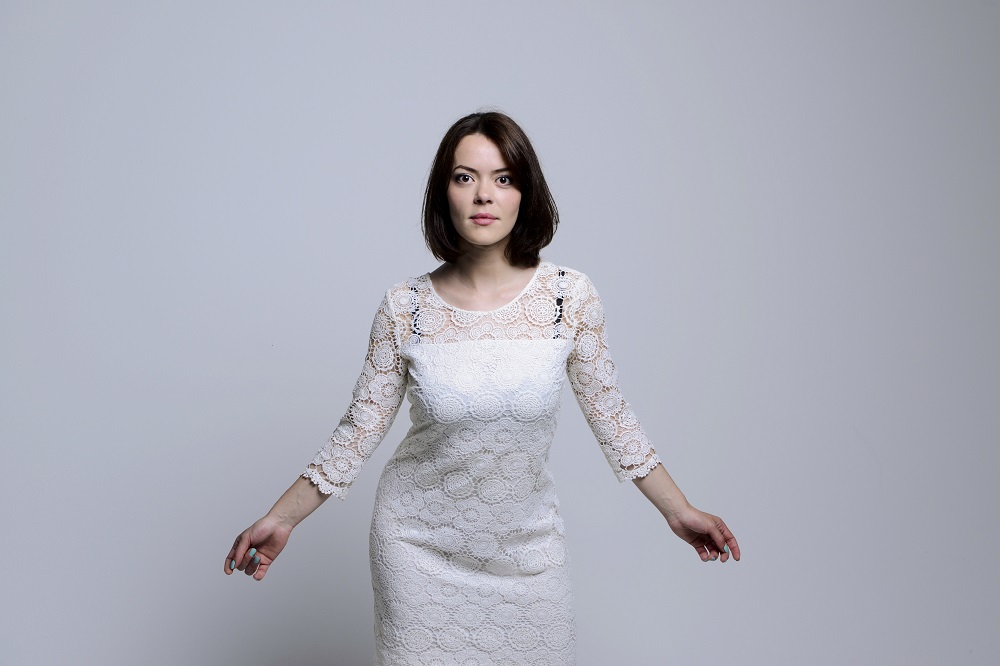 Ritual before the show

“ For years I have had the habit of checking my props before the show, although every theatre has a professional propman who flawlessly puts everything in its place. But it made me feel safe and relaxed. Whatever you do, the purpose of the ritual before the show should be relaxation.”

“I want to be satisfied, because satisfaction opens up the space for the manifestation of good things. As long as person is cramped, nothing can happen. The cramps block person’s good energy.”

“I once saw Dževad Karahasan walking down the street by himself, smiling. I was touched by his happiness, that is, the satisfaction of a serious writer who is getting into an older age, but who carries his years well. In my eyes he was in a good place and that’s something I would wish for myself one day. ”

“Show up and do the best that you can”, that’s the worldview that actress Aida Bukva lives on a daily basis. In work, she says, she is responsible to herself and to everyone else, because only a sense of responsibility can produce a sense of security from which the joy of an acting game springs.

“A man wants to do what brings him joy, that is always the point. That is the only way you can be imaginative, brilliant at moments, good to yourself and others”, says our interviewee, who so far has had the pleasure of working with directors such as Aleš Kurt, Kenan Kulenović, Gradimir Gojer and Dino Mustafić.

Ever since you have appeared on the acting scene of BH, you are essentially constantly active. We’ve seen you in projects of different formats. What helped you the most to mature as an actress?

–  Work experience in different projects, different directors, different teams, different concepts in which you start from the beginning every time. When you are younger, you think that work is like running – the longer you run, the easier it is to you, but unfortunately, in art it is not like that. Every time you start from scratch, but already with certain boundaries in your head. Each experience teaches you new lessons so that at one point you know what you must not do. Therefore, each new role is a separate journey for which you need different skills. 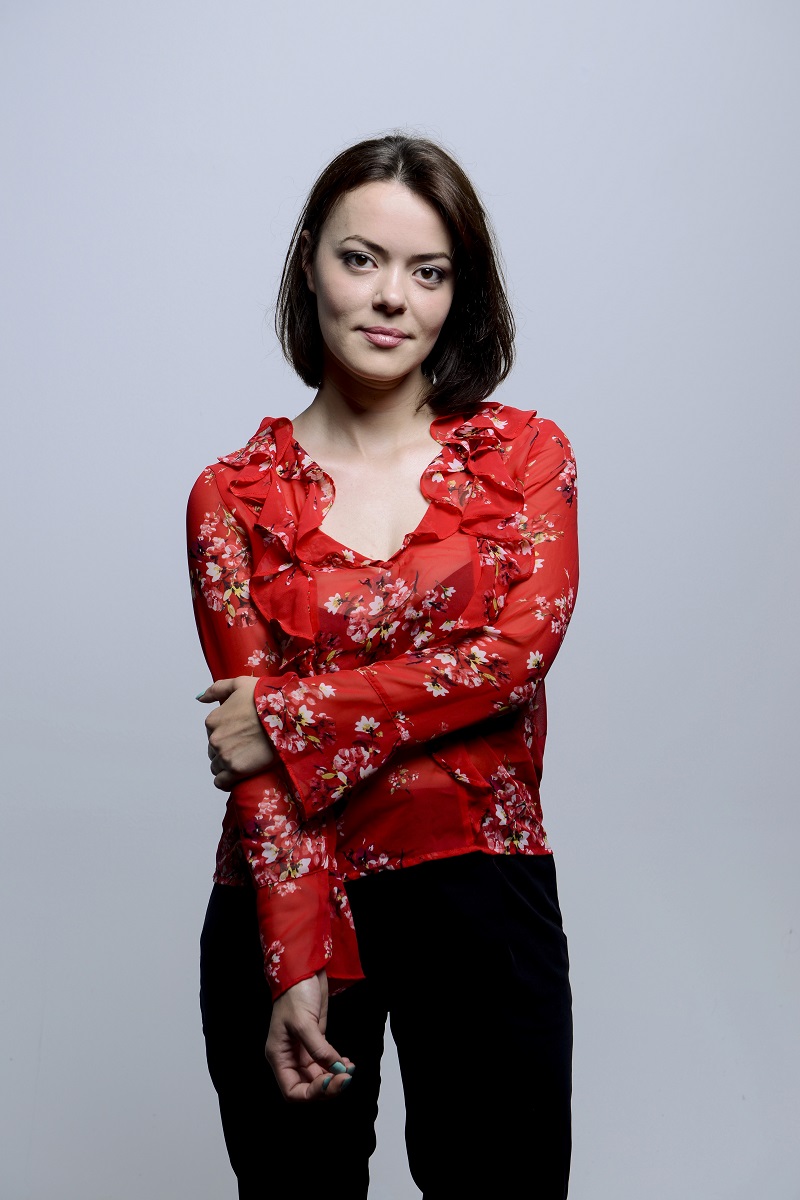 You got your first significant theatrical role at the age of 22, in the award-winning play Spring Awakening, by director Selma Spahić, in which young actors reveal the insensitivity of modern society. What kind of theatrical crossing of lines would be challenging for you today, ten years later?

–  Again talking about truth, our current problems, our mentality. Nudity is no longer crossing the lines, it has long been overcome in both the profession and the private life of people. Everything is naked, everything is transparent, people live lives on social networks without holding on to their intimacy. The art on serious stages examines this phenomenon. Where does the need to publicly live a life come from, doesn’t anybody have any need for introspection, introversion? The expansion towards the outside rules. We exist in the eyes of others, while living for ourselves is fading away. If the photos are not seen, it did not happen.

And what is your relationship with social networks?

–  I behave in the way that is not typical today. I do not have profiles on Instagram and Twitter, and on my Facebook profile I’m active every few months. I do not like to share my privacy and I do not feel that I have to share important things with others, especially with strangers, and to be approved for it. If you have a hundred likes, you must be great, if you have only four, you must be insignificant. My goal is to have a live relationship with another person, to exchange impressions, feelings, opinions. I can be alone for a long time, because in my head I have so much that interests me, that I can always work and never be bored. 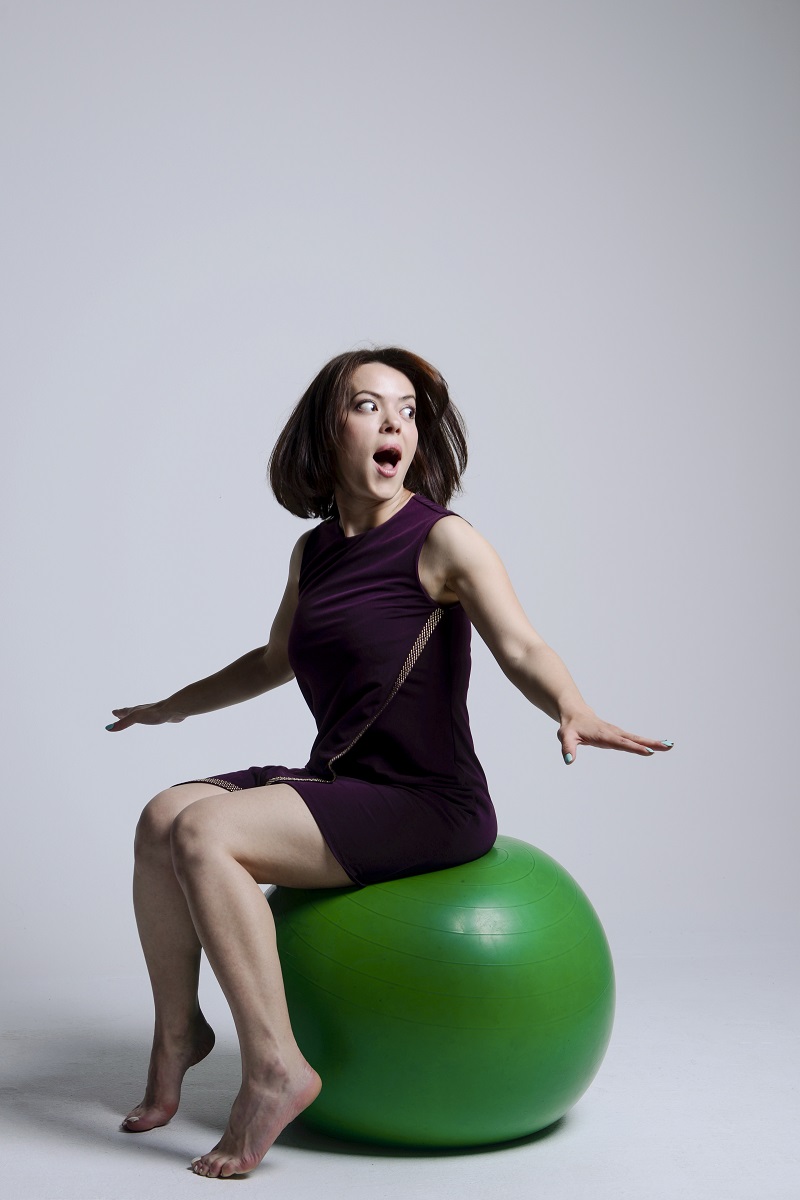 In Kamerni teatar 55, to whose ensemble you belong to, you play in two plays of the current repertoire – a romantic comedy and a black comedy. What suits you better?

–  Romantic comedy is a wonderful genre on which you can build your whole life, which, for example, was shown in a film from long time ago, You’ve Got Mail with Tom Hanks and Meg Ryan. Black comedy is different, it is MontyPythonian, MisterBeanian, surreal, more intriguing and harder to adopt. The truth that is told from its intellectual depths is always serious, but to be presented as a drama, hardly anyone would want to see it, which is why it must be subjected to comedy.

How did you get to feel: I want to act?

–  When I watched a play as a teenager in Kamerni teatar 55, which as I recall was Premiere, I felt such a strong synergy among the actors that I wanted to be on the stage. That was my first impulse. I never had a vision of film. I wanted a theatre, its boards, to act there. I did not want to be famous either nor all that comes along with the status of a well-known person, to have cars, swimming pools, to have people recognize me on the street. I wanted to one day also make magic that I then experienced. 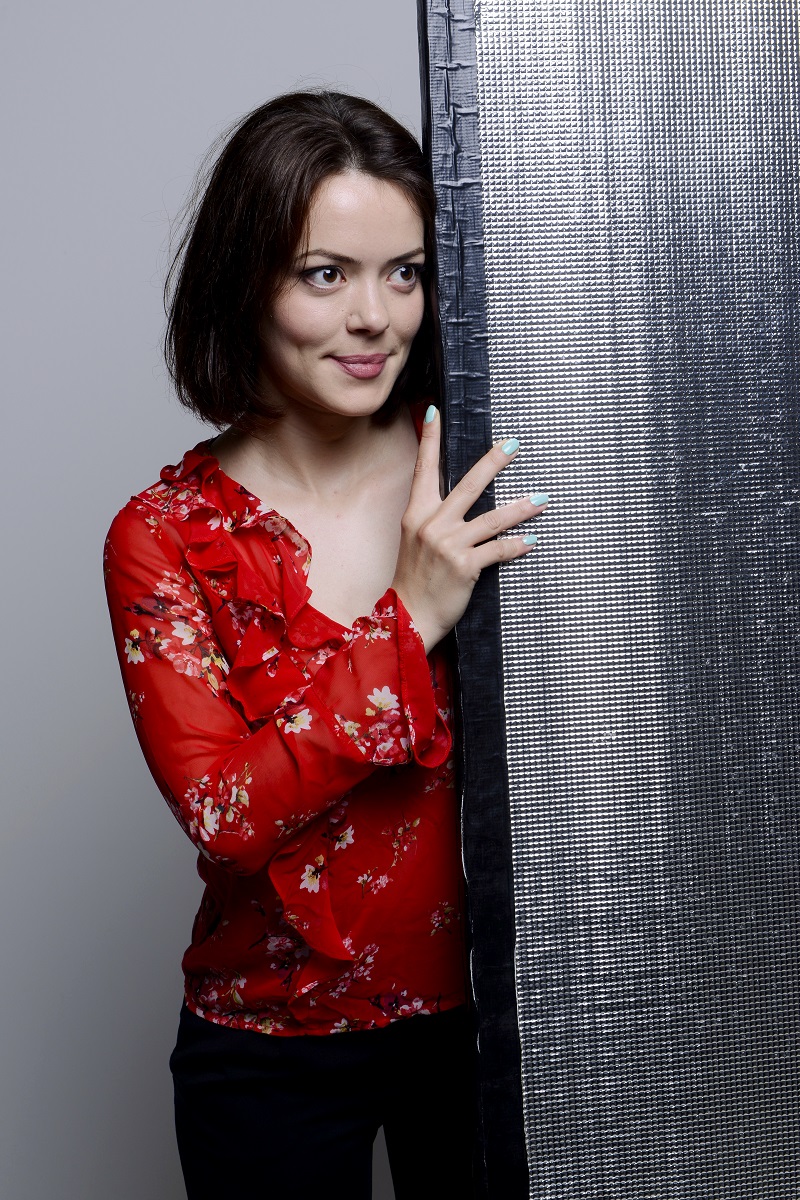 What is the best advice you got from an older colleague?

–  When I was completing my studies at the acting Academy, Dragan Marinković told me not to refuse anything at the start of my career. ‘Accept all that they offer, and over time you will feel what agrees with you. You will find your way by yourself. ‘ And he was right. The path is built from the beginning when the mistakes can be made if a young actor gets a big role, for which he can be under great pressure or think that he is special. It is better to win it step by step. Thanks to this process, you become more secure, more solid, more adjusted, growing into a completely rounded acting persona who is not neurotic, prone to alcoholism or anxiety.

–  And I prove that with my lifestyle. I do not belong to anyone. My first projects were with outsiders, amateurs, conditionally speaking, until I reached the theatre that is known to be a protected institution. My projects are still trips to anywhere, because I’m interested in the experience that will help me grow in a way that is honest and authentic. It is not a problem even if I make a mistake, because I am a human who is, once again, concerned that his consciousness is noble in essence.

What does your escape to the comfort zone look like?

–  It is most often the escape to literature. I like reading. The books maintain my mental hygiene, they bring me back to modesty, humility and love towards mankind. There are also movies and music that I heal myself with, regardless of its type – movie, classic, modern, jazz or hip hop.

Do you recall any unusual situations from your travels?

–  Of all the cities that I’ve been to, I was most perplexed by St. Petersburg. As much as it is Europe, it is also a twisted part of the world. In the shop windows I kept seeing shoes facing inwards, i.e. placed so that you can only see their heels from the outside. I realised that it is because the customer is supposed to come in. That’s wise. Shoes are there, but you do not see them.

What movie would you like to star in one day?

–  I would like to star in a movie where the director chose one theme and took to it in depth. Such is the movie Manchester by the Sea with Casey Affleck for which he won an Oscar. The phenomenon will always be emotion, one’s heart, one’s soul on the screen.